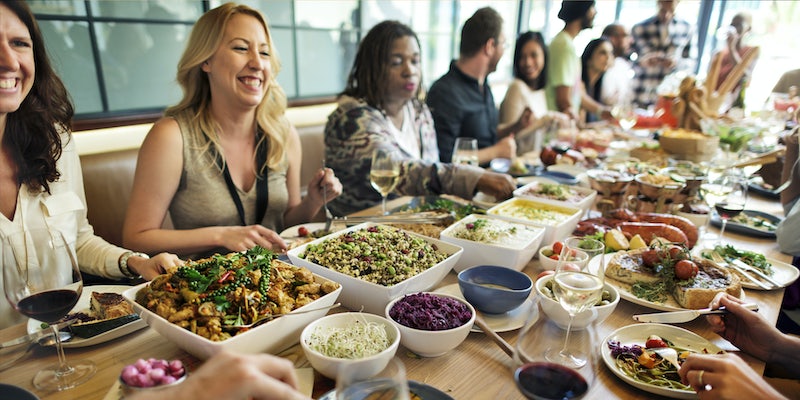 ‘You’re mean and you weren’t raised right’: Waitress cries, blasts party of 11 that skipped out on $220 bill

'This is one of the reasons why I'm starting to lose faith in humanity...'

A party of 11 left a waitress in tears after the group allegedly skipped out on a $220 bill. A video of the server’s reaction has gone viral on TikTok.

“I hope you need the money more than I do,” the woman who posted the video wrote under the caption.

In a video posted to the tune of Madeline the Person’s “Mean,” waitress and TikToker @viseuez is seen clearing off tables while crying at a restaurant in Minnesota.

Text overlay on the video explains that a party of 11 came into the restaurant she works at 4am. The TikToker said that even though the party waited for “30 or so minutes” for their food and “enjoyed every bite,” they walked out while she grabbed the check and left her $3 for their $220 bill.

@viseuez I hope you need the money more than I do. I hope you got home safe & you feel guilty & the girl in blue who wasn’t part of the group and offered to stay and help has the best life. But you’re mean and you weren’t raised right. #foodservice #work #serviceindustry #workstories #walkout ♬ MEAN! – Madeline The Person

“I hope you got home safe & you feel guilty…” the TikToker wrote in the caption of her video. “But you’re mean and you weren’t raised right.”

The waitress also said that it was just her and the overnight cook working that night. She clarified in the comments that the $3 left behind wasn’t the problem.

“The issue is not that they didn’t tip! They ran out on the bill, and didn’t even pay for the food & drinks,” she wrote.

Since its upload to TikTok on June 29, the video has garnered over 4.2 million views and sparked outrage in the comments.

“This is why I am tired of being in the service industry. People have no sympathy,” one user commented.

“Out of 11 people not one person thought that this was disgusting and put a stop to it? ELEVEN people agreed to it?” another user wrote.

The video also sparked some discussion in the comments about who foots the bill when people walk out. According to the Department of Labor’s Wage and Hour Division, servers aren’t obligated to pay a patron’s bill if a walk-out happens “if the deduction reduced the employee’s wages below the minimum wage or cuts into overtime pay.”

However, some commenters said there are other ways servers face repercussions.

“For everyone saying it’s illegal for her to pay YES it is BUT the restaurant can write her up for being short that $ so I’m sure she’d rather pay,” one user said.

Other users claimed that when similar situations happened to them while they were serving they had to pay.

“I had this happen to me last night, except their tab was over $300 and they walked out without paying any of it,” a user claimed. “I had to pay it all out of pocket.”

Although the TikToker said in the comments that she didn’t have to pay for their bill, “It still hurts,” and the “precedent remains—it is rude and it is theft.”

The Daily Dot reached out to the waitress for comment but hasn’t heard back.