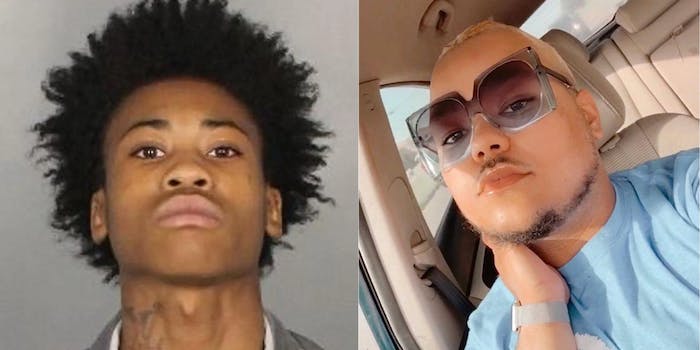 He is suspected in two other shootings that occurred on the same night.

A 17-year-old charged with murder on Monday used Grindr to meet up with his victims, according to the Waco Police Department.

Damarion Degrate was arrested on Monday in Fort Worth, Texas, and charged with the murder of 23-year-old Jonathan Breeding. According to police, Breeding was shot in his car and crashed into a pole near an intersection on Aug. 17. He was brought to the hospital, where he later died.

Police believe Degrate was involved in the shootings of two other men over the course of the same night.

The teen was arrested on a second-degree felony charge of attempted murder for the first of the night’s three shootings back in August. According to the arrest affidavit, the victim picked Degrate up and drove him to another house, where he said he was buying drugs.

When Degrate returned to the car, he opened the door and shot the victim in the chest.

That man survived, as did a third who was shot after Breeding’s murder. Degrate has not been definitively linked with or charged in the third shooting but is considered the prime suspect.

“During the investigation of all 3 shootings that happened on that night, detectives learned that the 3 shootings had at least one thing in common; Degrate had met the victims through a social media dating app called Grindr,” read a statement posted to Facebook by Waco police Officer Garen Bynum.

Police said Degrate communicated with all three of the men on Grindr using a fake profile and fake phone number generated through an app.

Degrate is currently being held on $500,000 bond in connection with the Breeding’s death.