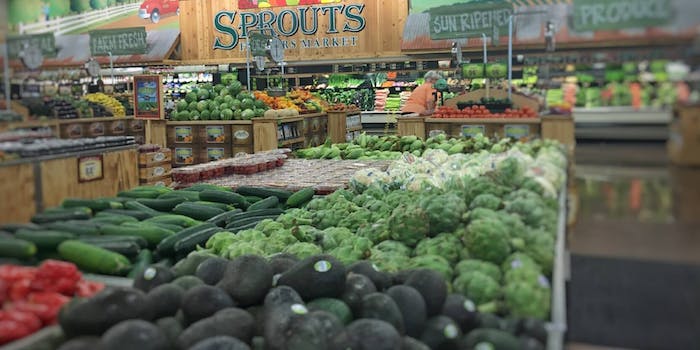 No, teens are not coughing on grocery store produce for clout

Police investigated reports of teens coughing on produce for a 'trend.'

Police in Virginia opened an investigation after it was alleged teens created social media videos of themselves coughing on grocery store produce for a trend.

Employees at the unnamed store removed the affected produce. But police were unable to find the alleged video on social media. Police also didn’t have store footage of the incident but had an eye-witness account of the teens creating the video, ABC7 learned.

The Purcellville Police Department, which was the investigating party, identified two teens involved in the incident and determined that there was no criminal intent.

“The investigation concluded the teenagers were getting close to other patrons and coughing into their own sleeves, while filming it on their phones. After viewing the video footage, officers determined no actual customers or produce were spit or coughed on directly,” the department wrote in its latest Facebook post regarding the incident.

The department had initially called it a “social media trend” in a previous statement.

“We have learned that this appears to be a disturbing trend on social media across the country, and we ask for help from parents to discourage this behavior immediately,” the department wrote in a Facebook post when it first opened the investigation. “Please talk with your children and explain to them why such behavior is wrong, especially given the current situation regarding the spread of Coronavirus.

The coronavirus (COVID-19) is believed to be spread “through respiratory droplets produced when an infected person coughs or sneezes,” according to the Centers for Disease Control and Prevention (CDC). The virus has so far killed nearly 13,000 and infected more than 300,000 others worldwide. People in the U.S. are on high alert as the country alone has seen more than 24,000 confirmed cases with 290 deaths. People are being urged to stay home to help mitigate the virus’ spread, cough and sneeze into their elbows or tissue, wash their hands for 20 seconds constantly, and practice social distancing by staying at least six feet away from others.

It appeared that some were worried coughing on store produce was going to become similar to the 2019 ice cream-licking trend, which resulted in prison time for some. But that is not the case.