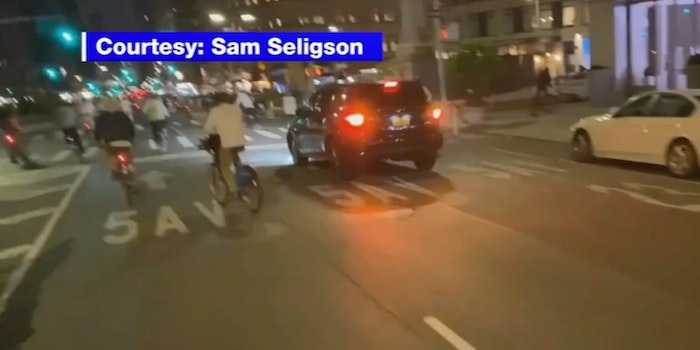 Victor Kent was charged with assault and for fleeing the scene.

Authorities in New York arrested an 18-year-old man after he allegedly rammed a car into a protest, injuring two people on bicycles.