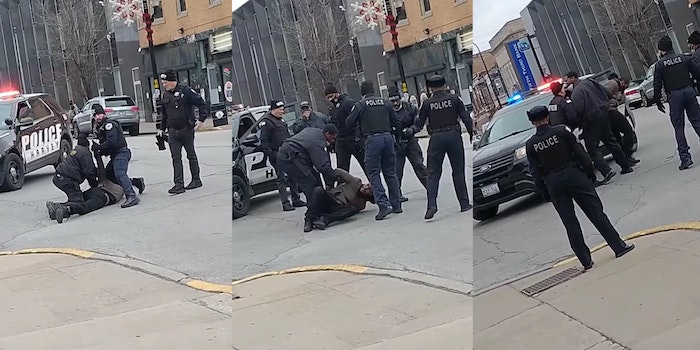 A video showing police handcuff a security guard who lunged at a suspect is going viral as viewers say that’s what the police should be doing.