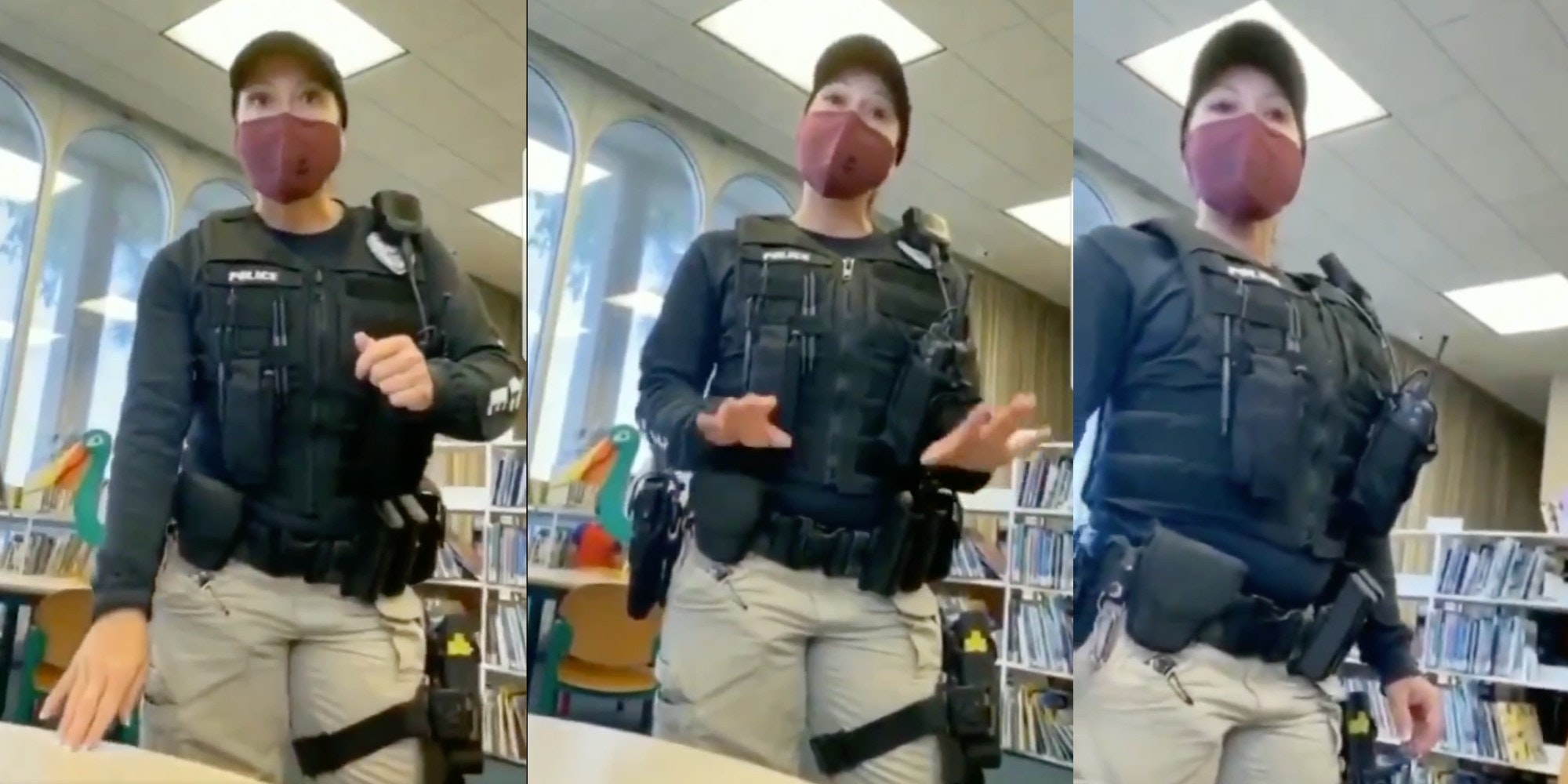 The woman repeated that she wasn't 'breaking any laws.'

A viral video shows a maskless mother talking back to a Lantana, Florida, police officer after the officer asked her to leave a public library. Reddit users dubbed the woman, who argued with the officer from a table in the library’s children’s section, a “Karen.”