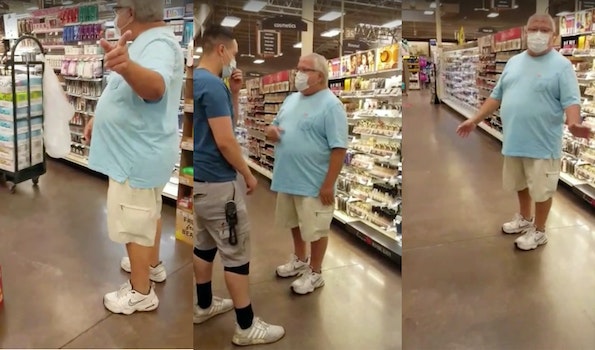 'I told you, you don't know what I've been through in my life.'

Update Aug. 19, 1:18pm CT: The alleged woman recording the video has come forward with new details. She tells the Daily Dot that she was in fact, wearing a mask and that it was not on her neck, but worn on her face. She says the man nevertheless took issue with how she wore her mask. She claims that the man allegedly did not just point his finger at her, but also used his index and middle finger like the barrel of a gun and pulled the trigger. Additionally, she claims that the man says she should be shot in the video, not “shocked,” and that other women have pointed him out to say he is doing this to them.