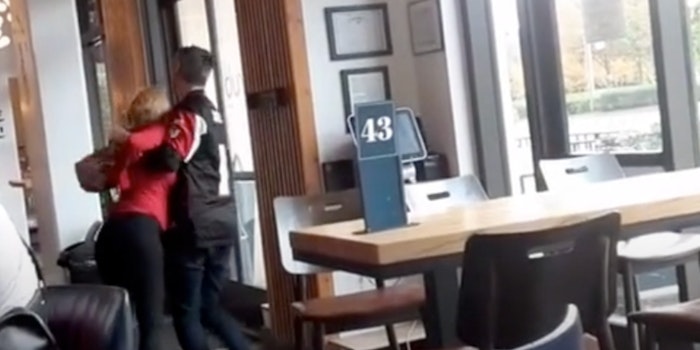 No, this drunk woman isn’t yelling about Georgia turning blue

The video is mega-viral—but it's probably not new.

A video that went viral on Reddit and TikTok shows a white woman, whom many have dubbed “Karen,” yelling “America!” at a bar, supposedly over election results in Georgia.