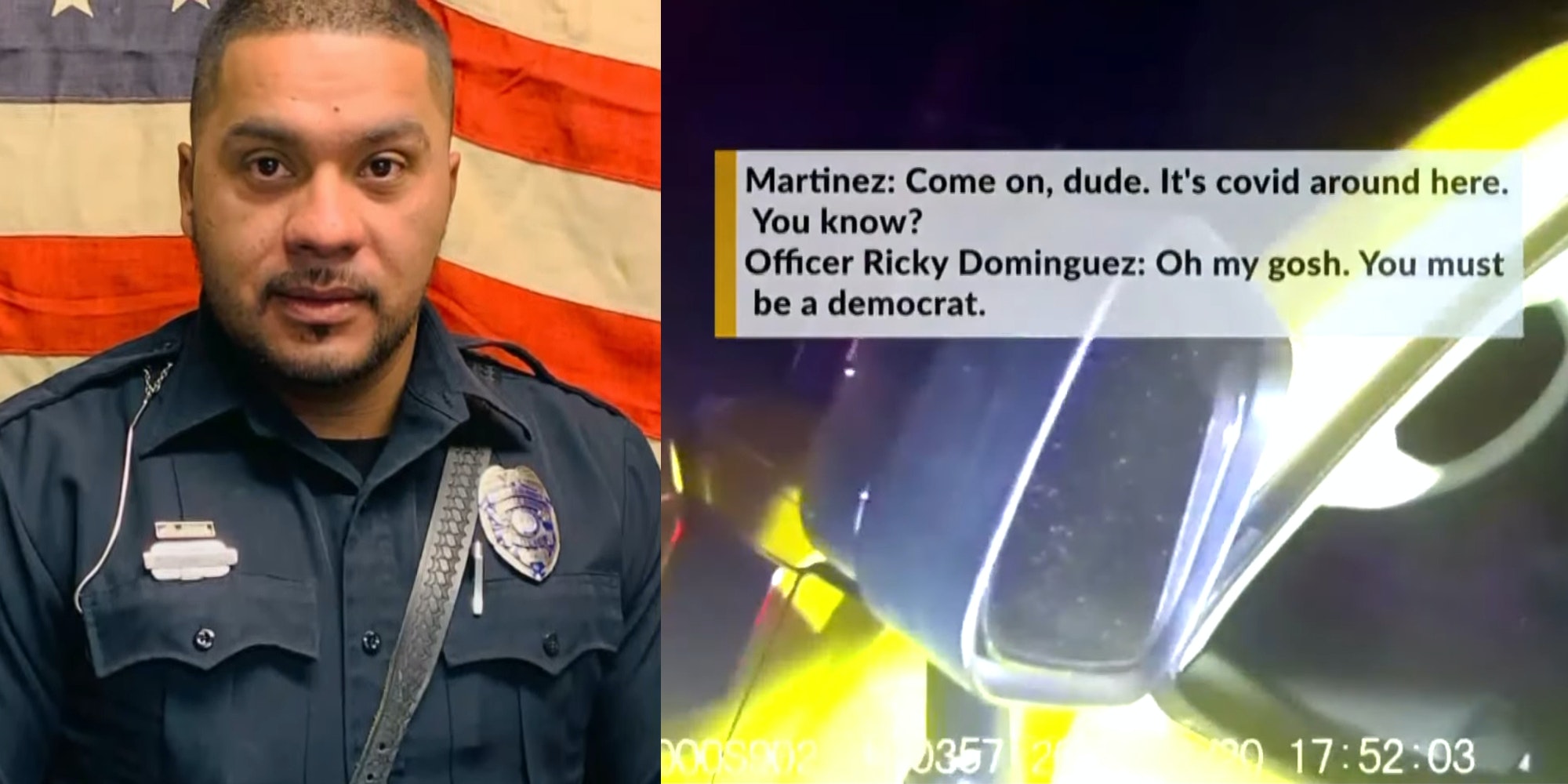 'Oh my gosh, you must be a Democrat.'

A New Mexico couple says a police officer harassed them and questioned their political views after they asked him to wear a mask during a traffic stop, KRQE News 13 reports.