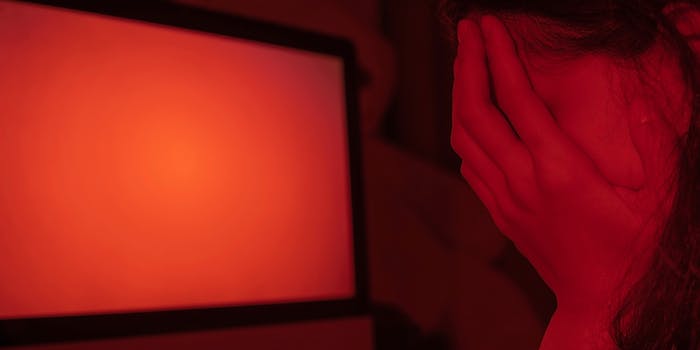 VidCon: Creators share the impact of online harassment and their advice for growing past it

'I would like to encourage people to be creators, but I would also say this is a risk.'

In a panel discussion moderated by EJ Dickson, senior writer at Rolling Stone (and former writer and editor at the Daily Dot), creators tackled the topic of online harassment, boundaries on social media, and criticism vs. cyberbullying.

The panel, which featured content creator, actress, and model Monroe Capri; YouTuber and content creator Kat Blaque; and licensed psychologist and TikToker Dr. J, better known by his handle @amoderntherapist, posed an interesting question: By being present on the internet, are you inviting criticism online?

The creators seem to think so. Monroe Capri shared her thoughts: “I think that most people didn’t really start social media knowing what they were doing. I didn’t think anything of it… and it just blew up. I wasn’t expecting anything, and actually, I blew up more from the hate comments I was getting. So, I personally don’t believe that a lot of people signed up for that, but it is something that comes with it.”

Kat Blaque agreed: “I have an unpopular response to that question, because I’ve been a YouTuber since I was 15 years old, and I have lived with that most of my life. To some degree, I feel like you don’t really get to post things on the internet and have nobody respond or react [as a creator]. You have to accept that the things you post, people are going to have things to say.”

She continues, “Harassment isn’t ever okay, but it is part of it, and I think everyone needs to go into it aware of that possibility. I’ve worked on factoring in how much I care about that stuff because I do think it comes with the territory.”

The creators share that sometimes criticism is valid, as they’re humans and make mistakes, but that there’s a difference between criticism and hate. The panel asked another important question: “How do you tell the difference between good-faith critique of your content and actual cyberbullying?”

Monroe was quick to respond, saying that “the line is crossed on personal attacks.” She elaborates: “When you critique me as a person, instead of my content, and you come at my personality or things you may not know about me, that’s where a line is crossed for me.”

Dr. J jumped in, sharing, “A lot of times when people are critiquing my videos, it feels good faith, it’s much more of a conversation. When someone goes right to defensive, like name-calling or [calling you] trash or quack, it feels like you’ve already made your mind up about me, perceive me in some way, and you’re not interested in a back and forth.”

He continued, speaking on a recent video that garnered some hateful comments from men on the video-sharing platform: “I recently put out a video critiquing the difference between men and women seeking therapy, playing off a TikTok trend. Basically, there’s a discrepancy of men not seeking therapy. The societal pressure we put on men, how men are taught to be tough and hide their emotional experiences, and not be vulnerable and open, it opened a lot of conversations, me in my comments saying [they] prefer the gym. Can we talk about how the gym may be meeting some physical release, but fits in the box of how men are supposed to be versus looking inward and expressing emotional truth?”

He avoids engaging with the hate, saying, “I think dialogue can be really helpful, but, you do have to protect your energy. I don’t believe, as a creator and psychologist, that my job is to jump in and try and change their mind. At the end of the day, I’m trying to be creative and reduce the stigma around mental health. I can’t do that if I’m living in my comments section all day.”

With many creators facing similar challenges, Dickson asked the panel if they believed the platforms they use have a responsibility to protect their users. The creators were quick to agree, saying the block function isn’t enough, and that harassment looks different on every platform.

Monroe shared, “I’ve tried blocking, and they come back with multiple different accounts. They will find a way.”

Dr. J said, “I think they have a huge responsibility to intervene. I have so many friends who are creators, people of color, who are getting racist bigotry thrown their way. When something hateful happens, you want your community to back you up.”

Kat Blaque agreed: “I can’t even think of a platform I’ve had, and I’ve had so many different ones, where I haven’t gotten harassment… I enjoy [creating], and I won’t give that up for anyone, especially a racist or a transphobe.”

She continued, sharing that she’s been stalked and harassed online and off due to the nature of her online presence: “Recently, I received a bloody [menstrual] pad in the mail. When I opened it, I was shocked but also kind of not, because I’m so used to scary stuff like that. I built up a lot of tolerance to it, and this is not a tolerance I think anyone should have.”

When asked if they had any advice for aspiring creators on the harassment they may face, the influencers were clear: the risk is high, but so is the reward.

Kat Blaque put it simply: “I would like to encourage people to be creators, but I would also say this is a risk. You have to be prepared, you have to be aware. When you’re standing up for a cause that is against the status quo, you’re probably going to get some scary shit, but don’t let that derail you from your purpose.”