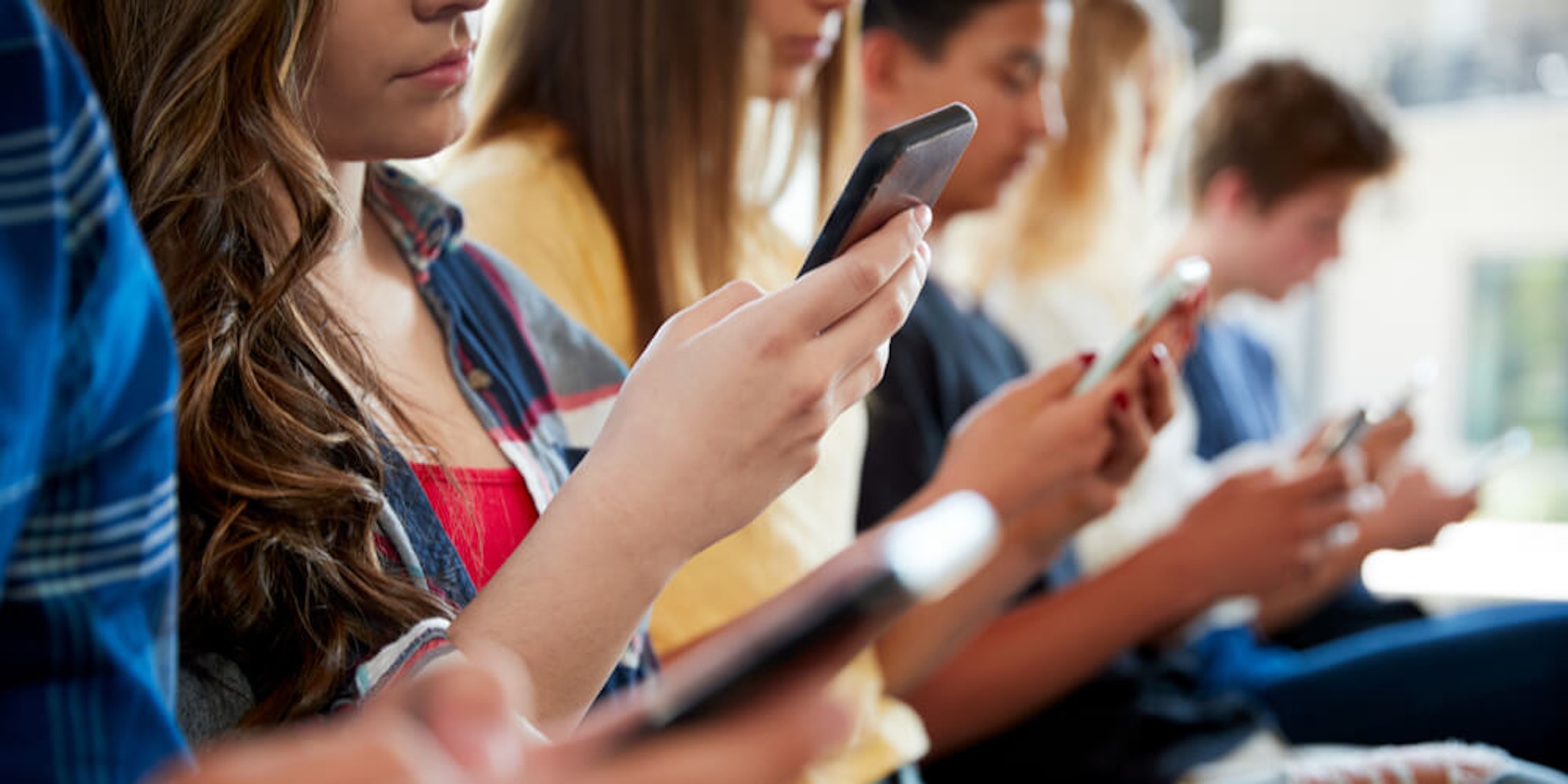 Is it cheating to use GroupMe for college classes?

Students are asking universities to clarify policies around group messaging.

The days of passing notes behind the teacher’s back might seem bygone. But these days, college students use messaging platforms like GroupMe to talk about their classes. And now some universities are taking a closer look at what’s happening in those messages.

This fall, University of Texas at Austin student Caleb Cox joined a group for his anthropology class on the messaging app GroupMe. He asked his peers if he should study the introduction slides for the exam. A few weeks later, he was called into the dean’s office for violating academic dishonesty policies. Now Cox, along with 70 other students who participated in the GroupMe chat, have been given failing grades in the course and academic probation until next spring.

GroupMe, owned by Microsoft, works like normal text messaging. Instead of messaging via phone numbers, users create a simple profile with their name and photo.

On GroupMe, you can fit hundreds of people into a group chat, which is ideal for coordinating messages in large lecture classes. But when dozens or sometimes hundreds of students from one class are in a group chat, it’s sometimes unclear what’s off-limits to discuss—especially when grades are at stake.

At the University of Texas at Austin, anti-GroupMe policy does not exist. The academic dishonesty policy is based on behavior, according to Sara Kennedy, director of communications for the dean of students. That means if a professor deems collaboration as a form of cheating, then collusion on any platform violates class policy.

“Our rules are all about conduct, none of them are about method,” Kennedy told the Daily Dot. “If a faculty member has said sharing answers on a test is against the rules and if you share them via carrier pigeon, telegraph, letter or a chat service, it doesn’t matter.”

Professor John Kappelman’s anthropology class at the University of Texas at Austin is self-paced, meaning some students take tests before others. Although the GroupMe for the class was publicly shared on the course’s website, a few weeks into the semester, Kappelman told students that the group violated the class’s academic dishonesty policy a few weeks into the semester. (Neither Kappelman nor GroupMe responded to the Daily Dot’s request for comment.)

Cox argued the punishments for students who participated in the GroupMe weren’t fair. He said the group chat was used in part to form study groups and that many of his past professors actually encouraged using the app.

“A lot of teachers understand the greatness of GroupMe because there’s a lot of students that don’t have the time to go into office hours,” Cox told the Daily Dot. “It also makes it easier to talk with your peers about things and ask little questions like ‘what should I focus on?’ by not giving anyone an unfair advantage but in a way that facilitates learning in a productive environment.”

But how do students know where collaboration ends and cheating begins? Cox said the grey area in university policy opened up a potential stain on his college transcript.

He’s not the only student confused about the definition of collaboration. Reddit conversations at other schools, like Georgia State University, reveal similar confusion about how to use GroupMe messages. One redditor, stevenjo28, wrote that one-third of their class was accused of cheating for participating in a group chat.

“Earlier this semester, a couple students emailed me that they formed a groupme for the class, which I joined because I always do,” the user explained. “I have no idea what occurred on the groupme and I think I didn’t participate [in the cheating] but I am unsure.”

Amy Beebe, also a student at the University of Texas at Austin, runs multiple engineering organizations on campus. She says she uses GroupMe for her organizations because it allows members to communicate with her and each other without sharing personal phone numbers.

“It’s a way for them to easily reach out to each other if they are having a problem,” she said.

Beebe said in order for GroupMe to work for classes, the university must facilitate conversations that clarify the app’s uses.

“We should be making it much more clear about the expectations so that way our students have a better understanding of what they can or can’t they use certain platforms to collaborate,” Beebe said.

And while cheating does happen in some class GroupMe chats, it’s not just faculty and administration who seem concerned. A University of Texas at Dallas student recently voiced their distaste for apparent GroupMe cheating via Reddit.

“I’m an [engineering] Student and I’m absolutely fed up with the rampant cheating I see in the class GroupMe chats. This is wrong and they know it’s wrong. As future engineers and scientists we have to hold ourselves to AT LEAST SOME ethical standards!” redditor Accomplished_Towel wrote in the school’s subreddit.

Some universities are holding specific conversations about the use of messaging platforms on campus. The University of Maryland’s assistant director to the dean, James Bond, said after a rise in GroupMe related cheating incidents, the university introduced messaging board discussions at first-year orientation. Bond told the Daily Dot that now, the university promotes its use.

“Some instructors aren’t aware that GroupMe’s are being used and so we tell them assume there is a GroupMe for your class and you know have conversations and state clearly what is expected in those GroupMes,” Bond said.

Bonds said the University of Maryland’s method has combated the rise in cheating, and when the conversation around expectations is more clear, classes benefit from GroupMe. Cox and Beebe both say they wish that conversation was universal across all campuses.

“A lot of time we can make policy and procedures that don’t take into account the student experience,” Beebe said. “So we could say, ‘Is this written in a way that y’all understand?’ and close any loopholes that might exist.”