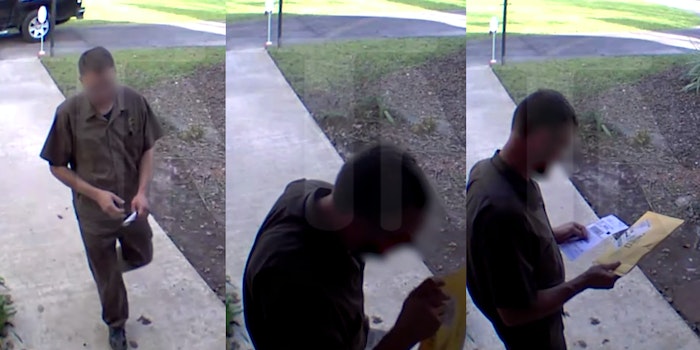 The company fired the employee out of 'an abundance of caution.'

UPS fired a driver after video footage emerged of him spitting on a package.