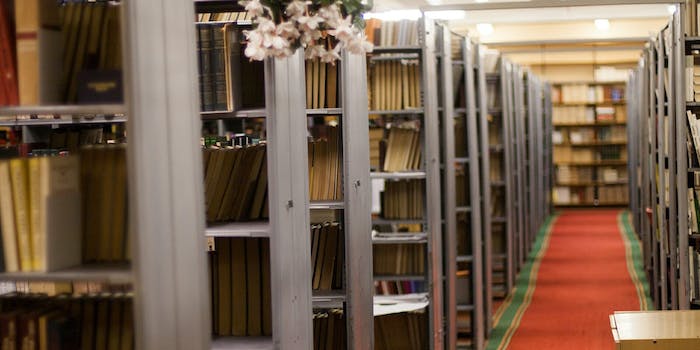 ‘Half naked’ women are ‘disturbing’ male students in the library, university flyer warns

The university says it wasn't an official memo.

Female college students need to stop dressing “half naked” while they’re using the library, otherwise they might distract their male counterparts—at least, that’s what a flyer at the University of Zambia is arguing, even though the school claims the message didn’t come from the library’s staff.

Students first noticed the leaflet at a university library earlier this week. The message, which is titled “Notice to Female Students” and claims it’s from management, warns women that they are dressing “half naked as they use the library” and that their outfits are “disturbing the male students.”

“We therefore advise the female students to dress modestly as you use university facilities,” the flyer reads. “Modest is the way to go!”

The posting quickly went viral as people all over the world scoffed at its message. After all, women aren’t responsible for men’s behavior, and if men can’t focus on their work because a student in a skirt walked by, then they should probably use another facility.

and instead of taking this as an opportunity to educate our men that women are not sex objects they instead blame women.the double https://t.co/pTZ7k5UN5u sad

@khutso bullshit.women must wear what they feet comfortable in.who dictates to men what they should wear?weak guys r an embarrassment

annoying how the Responsibility is always on the woman to change how she dresses for the sake of the men. Same thing in church settings-be your brother’s keeper. The focus should be on the one with the ‘problem’ -he should be taught how to train his mind not be easily distracted

Who takes care of the interests of female students! When will the world stop policing women eish !

After the controversy broke out, a library staff member told BuzzFeed News that the announcement wasn’t official, saying that it “didn’t come from management” and they “don’t know who wrote that.” University librarian Christine Kanyengo then sent out an official memo on Tuesday, apologizing for the leaflet and stating that the flyer “does not reflect who we are.”

“We are a space that promotes access to all our library materials to people from all walks of life,” Kanyengo wrote in the memo, BuzzFeed reports. “We urge all our female University of Zambia Library Users to feel comfortable when using their library.”

Kanyengo went on to stress that the University of Zambia is a secular university “built on the principles of diversity” and that the school has no dress code.

“Tolerance and diversity is the bedrock of our institution,” Kanyengo continued. “The University of Zambia Libraries will not tolerate old discredited misogynist views in our space.”

But while the university’s library is pushing back against the flyer, not everyone is on board. One male student told the BBC that he approved its message, arguing that men cannot concentrate “when someone walks in [with] a mini-skirt or a tight dress.”

Women, on the other hand, have a much different perspective.

“If your mission of going to the library is to study, why should you start looking at other things like a female’s legs?” one student said to the BBC. “Just concentrate on your books, that’s all.”