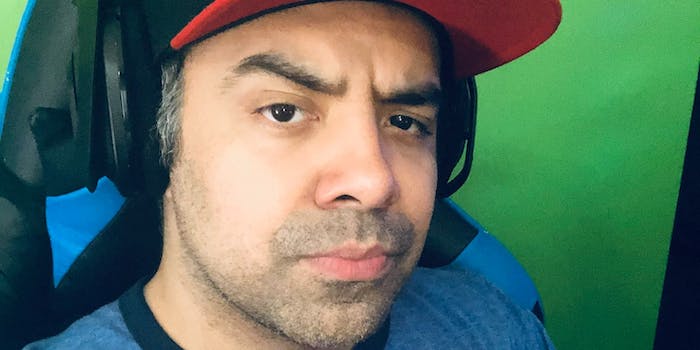 A Twitch streamer, who holds the Guinness World Record for his Rock Band 2 scores, was arrested by police in Seattle after his estranged wife claimed he molested her two youngest sons, according to Insider.

Streamer “prod1gyx,” whose real name is Robert Paz, is reportedly facing numerous charges related to the sexual abuse of children.

Robert Paz’s wife of 11 years, Bonny Paz, called Child Protective Services six months after he moved out of their home (he reportedly moved out due to an affair). She told Insider she called CPS after finding out Robert Paz allegedly sexually abused her children.

Bonny Paz has four sons from a previous marriage and a daughter with Paz. According to a tweet by Insider journalist Steven Asarch, it was Bonny Paz’s two youngest sons who made the accusation.

Bonny Paz told Insider that police carried out “forensic interviews” with the children and that she learned of Robert Paz’s arrest on Thursday.

Paz rose to fame in 2009 when he made a Guinness World Record for the highest aggregate score in Rock Band 2 with drums, according to Insider. He has been on Twitch since 2010.

Paz’s Twitch profile was not available when the Daily Dot ran a search for it on Wednesday.

The Daily Dot has reached out to his Twitter account and will update this report if a representative responds.