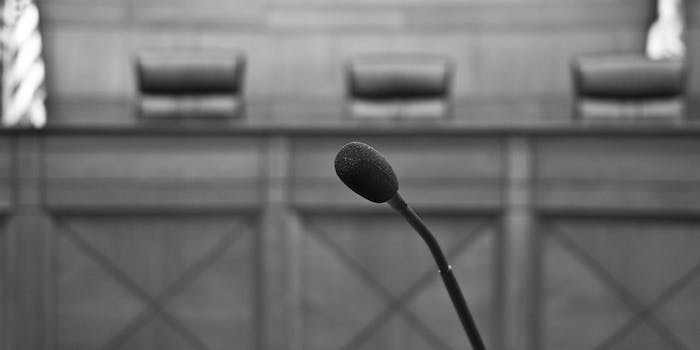 In the case, one Trump administration department is fighting against another.

A Justice Department official appeared in federal court on Tuesday to argue that being gay is a fireable offense.

Thirteen judges in the 2nd Circuit Court of Appeals heard oral arguments in Zarda v. Altitude Express, in which skydiving instructor Donald Zarda claims Altitude Express fired him for his sexual orientation. The judges are to decide if the Civil Rights Acts’ Title VII protects employees from being discriminated against based on their sexuality.

In opposition, Justice Department lawyer Hashim Mooppan entered the case claiming that employers should be allowed to fire employees based on “out-of-work sexual conduct,” which essentially targets LGBTQ employees for having queer sex.

“Employers under Title VII are permitted to consider employees’ out-of-work sexual conduct,” he said. “There is a common sense, intuitive difference between sex and sexual orientation.”

The Justice Department previously filed an unsolicited brief in Zarda v. Altitude Express, which suggests the department is interested in turning the federal courts into battlegrounds for right-wing activism, something that Supreme Court Justice Neil Gorsuch has previously criticized the left for doing. But, more interestingly, the Equal Employment Opportunity Commission (EEOC) supported Zarda, meaning that the two federal agencies were fighting against one another in the courtroom.

The judges proceeded to criticize the Justice Department, wondering why the administration did not defer to the EEOC in this case as per usual.

“We love to hear from the federal government, but it’s a bit awkward to hear from them on both sides,” Judge Rosemary Pooler said, Slate reports. Mooppan proceeded to receive multiple questions from the court’s judges, most of which he avoided answering, leaving many to wonder why the Justice Department sent him to intervene in the first place.

“Does the Justice Department sign off on a brief that EEOC intends to file?” Judge Pooler asked, to which Mooppan responded, “That’s not appropriate for me to disclose.”

Earlier this month, the Justice Department filed a brief in support of a Christian baker whose Supreme Court case may decide the future of LGBTQ discrimination laws.