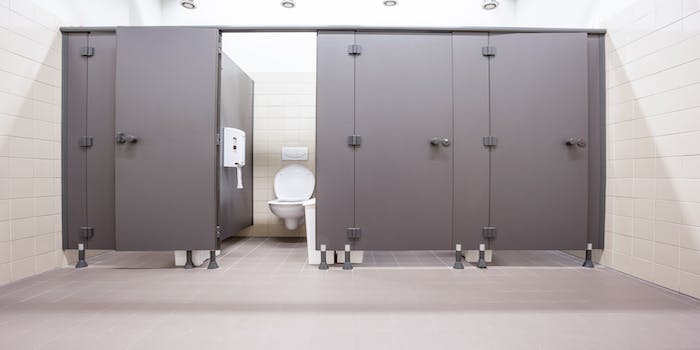 The anti-trans bill in Texas is finally dead

At least for this legislative session.

The anti-transgender bathroom bill in Texas has died. The bill was killed in the House after Republican House Speaker Joe Straus decided the measure simply wasn’t a priority.

Originally, Gov. Greg Abbott instituted a special session for the Texas Legislature in an attempt to push through a bill that would force transgender Texans to use bathrooms, showers, and lockers based on their sex assigned at birth, not their gender identity.

Speaker Straus was opposed to the bathroom bill, and moderates across Texas feared that the state would face the same political and economic pressures that North Carolina experienced after passing a similar anti-trans bill in 2016.

In the end, even though the Texas Senate pushed through their own version of the bathroom bill, Senate Bill 3, the House simply couldn’t find a reason to focus on the act. When Straus adjourned the House a day early, he essentially killed the bill by putting the House in recess without a vote. It remains unlikely that Gov. Abbott will request a second special session.

Lt. Gov. Dan Patrick blasted the House on Tuesday night, complaining that “the House quit tonight.” He proceeded to argue that the bathroom bill was necessary because of “sexual predators” entering women’s bathrooms.

“With 27 hours to go, they walked off the job,” Patrick said according to CNN, arguing that Texans don’t “want men—we’re not talking about transgendered—they don’t want sexual predators who would use that as a loophole to follow any of the women in this room into a bathroom.”

But for trans people and activists, it was clear Patrick and Abbott were targeting their right to use the restroom.“Even in these dark times, LGBTQ organizers, business leaders, fair-minded politicians and allies in Texas and across the country rose up against Gov. Abbott’s outright attempt to place his anti-trans agenda ahead of the well-being of the state and its people,” Sarah Kate Ellis, the president of LGBTQ media advocacy organization GLAAD, told the Hill.