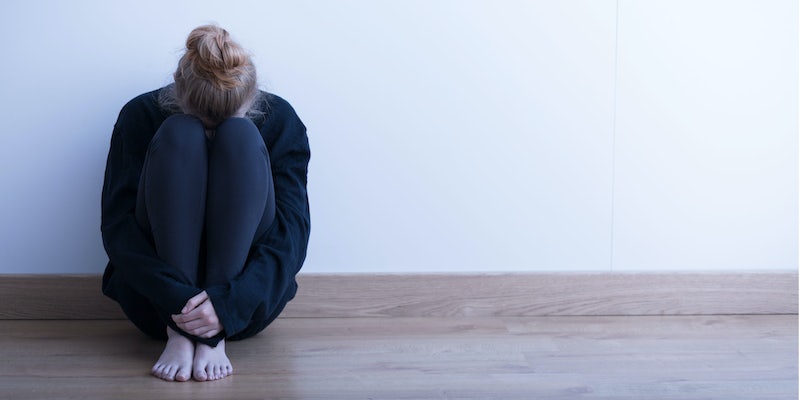 Trump anxiety is taking a toll on Americans’ health

If you're a liberal with a history of depression or trauma, this presidency could be more damaging than you thought.

As evidenced in frantic Facebook posts, massive protests, and personal conversations that turn quickly to fascism and doomsday preparations, Donald Trump’s rise to power has sparked an existential dread unlike any in recent memory. (When the New Yorker posits with a straight face that we must be experiencing a glitch in the Matrix, it’s obvious that American progressives are not doing well.)

For the millions of Americans who didn’t vote for Trump, living in a constant state of anxiety is the new normal. But how does lingering fear and panic affect our physical health and wellbeing in the long run?

In other words: What are the side effects of Donald Trump’s presidency?

“From a clinical perspective, some of the things we look for are somatic complaints,” says Laura Lansrud-Lopez, clinical director of Southwestern College’s Tierra Nueva Counseling Center in Santa Fe, New Mexico. “We’re trying to find out what our clients’ bodies are doing with the stress. Common complaints include headaches, migraines, stomach aches, fatigue, sleep disturbances, weight gain, or weight loss.”

Coping strategies vary greatly from person to person, but as writer Emily McCombs pointed out in a Tweet asking who else had gained the “Trump 15,” overeating is a popular self-soothing technique in times of stress and uncertainty.

RT IF YOU HAVE GAINED THE TRUMP 15

“The current political climate has had an impact on almost all of my clients,” says Sarah Hays Coomer, a Nashville-based personal trainer and author of Lightness of Body and Mind: A Radical Approach to Weight and Wellness. “They are losing sleep, fighting depression and anxiety, pain symptoms have increased, and stress eating is sky high. Several of them put on as much as 17 pounds in a month.”

It’s worth noting that even though many liberals are struggling to deal with Trump’s presidency, people with a history of anxiety, depression, psychological disorders, or trauma are especially vulnerable to the health impacts of stress. Not to mention, with a sharp increase in hate rhetoric, a travel ban targeting Muslims, countless chilling examples of vandalism, a rash of murders of black trans women, and waves of bomb threats to Jewish Community Centers and day schools, this isn’t just run-of-the-mill political stress—for marginalized groups in particular, President Trump and his administration represent a very real threat to freedom and safety.

“I’m someone who already deals with anxiety. I take daily medication to help combat it, so these waves of bomb threats aimed at Jews just adds an extra layer,” says Avital Norman Nathman, 36, a writer and mother of a fourth grader. “My hope is that the current administration takes this seriously and does something about it before they’re no longer just threats.”

Trump’s actions (and non-actions) since taking office have stoked fears that have been simmering since long before the election. “My anxiety began to grow as he passed on security meetings, announced his cabinet picks, and appointed Steve Bannon,” says a woman we’ll call Rachel, a 39-year-old CPA who lives in the D.C. area. “Once the executive orders started coming out, I began to break down to the point of tears. I was becoming more unhinged and wanted to get control.”

She eventually went to her doctor and increased her daily dosage of Zoloft from 50mg to 75mg. She has another prescription for an anti-anxiety drug called Clorazepate “for when it gets really bad.” She tries not to take it unless it’s absolutely necessary. “These days,” she says, “I take it a few times a week.”

While the medications have helped curb her most intense symptoms, Rachel’s overarching fears have yet to subside. “I worry about the fall of democracy, the violation of the Constitution, and the rise of hate crimes. I am anxious that I don’t identify with the America that sees all of this as OK.”

Where is the ICD 10 diagnosis code for the anxiety caused by Trump? F43.22X? I would be using it all the time these days.

To some, Rachel’s anxiety may seem extreme, but her story is not an anomaly. Numerous other people I talked to had increased or altered their antidepressant or anxiety medication regimens in the wake of Trump’s rise to power, and mental health crisis lines have experienced huge increases in calls following the election. The stress has found its way into the bedroom, too: Even before Trump won, a study found that political stress was affecting Democrats’ sex lives more adversely than Republicans’.

A common theme among people experiencing the worst anxiety spikes seems to be excessive news and social media consumption. One expectant mother in Colorado who asked to remain anonymous described a recommendation from her doctor get off social media to protect the health of her baby. “She told me I had to limit my sources of stress. I told her, ‘I can’t because Trump is president.’ She said at the very least I needed to delete Facebook from my phone and limit the amount of news I was watching.”

Lansrud-Lopez echoes this advice. “I’m seeing a heightened sense of alertness and tendency to gorge on social media or news. For those people who are experiencing this election as emotionally disruptive, I would advise: Shut it off. Stop gorging on the news, and give your body time to heal. If you had a broken leg, you’d stop walking on it.”

Instead, she says, focus on the areas where you can be most effective. “None of us can control what’s happening on a national level, but we can decrease stressors and increase positive social support. Who are the people who make you feel good about yourself in a life-enhancing way? Spend more time with them. Practice good self-care: Eat better, get some rest, stop using substances, go get some support.”

Nikki DePriest, 37, shifted her definition of self-care after being heavily involved with the NoDAPL movement at Standing Rock. “The past several months have really been about serving and giving of myself, protecting and supporting water protectors in Standing Rock.” Being fully engaged in meaningful activism, surrounded by likeminded people, “I found little need for reflection or self-care practices that I normally lean on, because I was so utterly filled up in my heart by what I was lending my time and energy to.”

Leaving the Oceti Sakowin camp proved harder than DePriest could have imagined. “Someone mentioned recently that in mainstream American society, they often feel isolated, while at Standing Rock, they felt empowered,” she says. “As a black woman, I couldn’t agree more. I may have some PTSD symptoms lingering, but overall what depresses me is that all my life I have known that we can do better, that there is a better way to live with one another. So to finally be in it [at Oceti Sakowin], and then have to leave it to come back to our backwards world out here, that is what depressed me and made people around me concerned for my emotional health.”

In times of personal or political upheaval, Lansrud-Lopez says that one of the most effective coping strategies is simply being fully present in the moment—no matter what’s going on in Washington. “Mindfulness isn’t apathy. It’s not about giving injustice a pass. It’s not even about letting go of your anger, it’s more about accepting your anger, feeling it. It’s not saying, ‘Get over it, move on.’ It’s saying, ‘Yes, that happened, what are you experiencing now, and can you sit with those feelings without judgment?’”

As Lansrud-Lopez reminds her clients, wherever there is trauma, there is also the potential for post-traumatic growth. “The question should be, ‘What about this event is reflecting something I can grow from, personally, socially, psychologically? What is the potential for transformation in my community, myself, and my world?’”

For Rachel, that means making calls to her representatives, signing petitions, and even running for a position as a state delegate for her state’s Democratic party. She’s also found a form of social media that makes her feel better, not worse. “I was invited to a Resistance group on Facebook,” she says, “and that has been my real lifesaver. It is great because you can vent. You know you aren’t alone. It gives me hope that maybe it will be OK. There are a lot of smart people that still care.”

DePriest recounts a sign hanging in the kitchen at Oceti Sakowin camp that read, “Trauma is healthy.” “I pondered these words for a long time,” she says. “Collective trauma bonds people like nothing else, and perhaps in that bonding there is a new heart that forms for humanity, a heart that is a piece of you and everyone you’ve met and connected with. That heart beats strongly and keeps us all going. And there is nothing quite like it.”