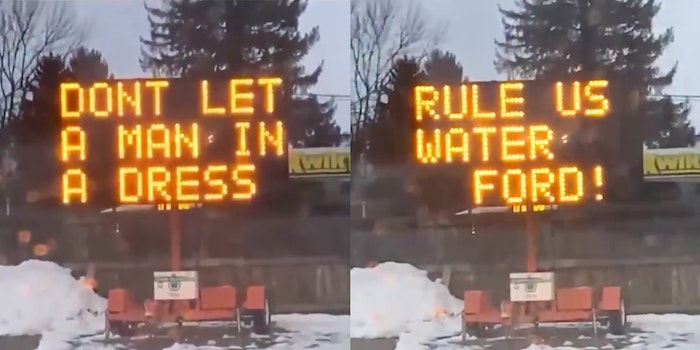 A transphobic sign in Waterford, Pennsylvania, caused outrage within the community and across social media, ultimately leading the owner to back down.