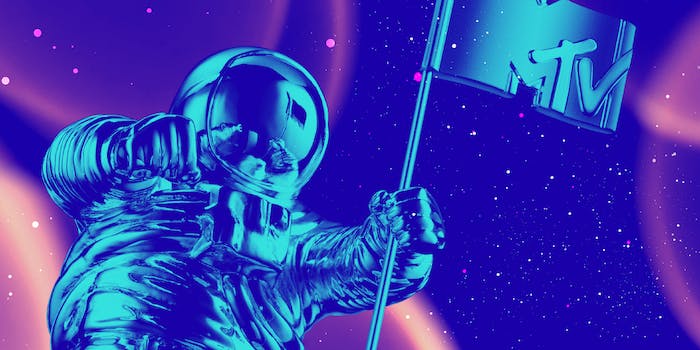 'Any patriot who is putting their own life at risk to fight for our freedom and stands for equality is a hero at MTV.'

The U.S. military has approved an invitation from MTV for transgender service members to attend Sunday’s 2017 Video Music Awards.

On Thursday, CNN reported that MTV invited transgender military members to attend the awards ceremony as a symbol of protest against President Donald Trump‘s proposal to ban all trans people from serving in the military.

“MTV has invited transgender members of the U.S. armed forces to the 2017 Video Music Awards and we would be honored if they could attend,” MTV President Chris McCarthy said. “Any patriot who is putting their own life at risk to fight for our freedom and stands for equality is a hero at MTV, and to young people everywhere.”

According to Into, Timothy Hyde, deputy director in the U.S. Army public office, confirmed that transgender service members have been told they can accept the invitation from MTV. However, the attendees cannot represent the military.

“They have been told that they can accept the invitation, but they have to do so in a personal capacity and be in civilian clothes,” Hyde told Into. “They will be representing themselves, not the military.”

While Trump announced a policy to ban all transgender people from serving in the military on Twitter last month, the White House has yet to issue an official guidance, and has continued to allow transgender service members to openly serve.

The MTV VMAs have slowly become a centerstage for LGBTQ advocacy. In 2010, Lady Gaga walked the red carpet with service members who had been discharged or left the military under “Don’t Ask, Don’t Tell.” In 2013, Jason Collins, the first openly gay basketball player in the NBA, introduced Macklemore and Ryan Lewis before their performance of “Same Love,” an anthem for marriage equality.

“One of the most important points in a movement is when allies—those who are not directly involved—join and voice their support,” Riley Dosh, the first out transgender person to attend West Point, told Into. “Seeing faces of real soldiers that Trump wants to discharge will hopefully sway people who are silent about this issue.”