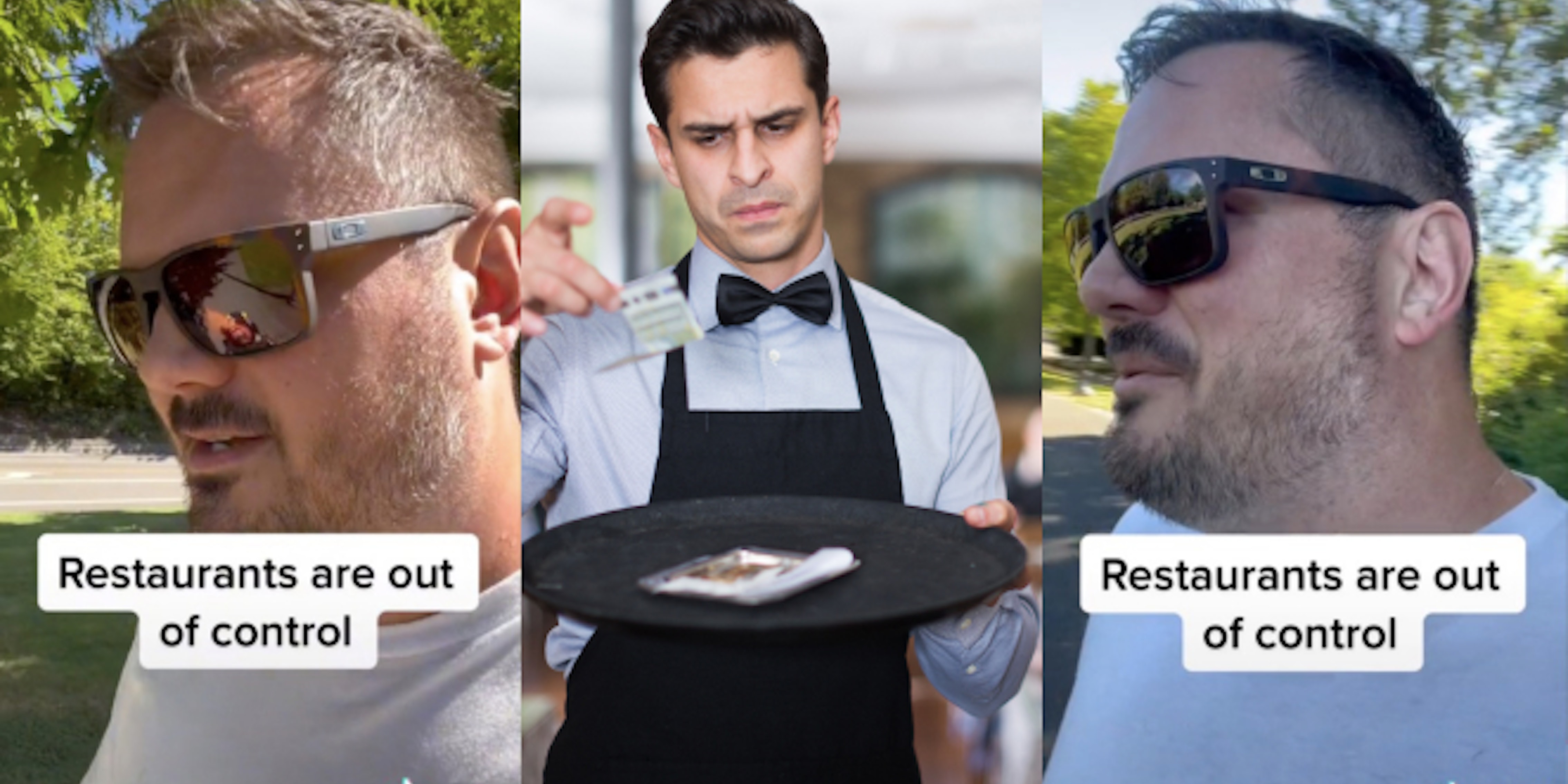 'Last time I was charged a service fee it just came off of my tip.'

In the video posted by TikToker Ben Beers (@benji5811) on Sept. 9, he says that he and his wife noticed a sharp price increase on the happy hour menu of the Portland gastropub that they frequent, adding that the “experience has gone down” at restaurants recently.

“We ordered this artichoke spinach dip. It’s happy hour. We’ve always ordered this before. It’s usually about six bucks, and it went up to $8.95,” Beers says in the clip. “I told my wife, ‘hey, this went up significantly.'”

He continues that when the dip was brought to their table, he noticed that they had been given a smaller portion than usual, despite the price increase. When he asked their server if there had been a change to the prices and portion sizes, he says she explained that it was the “happy hour size.”

“Honestly, you almost feel a little ripped off. And I’m not a cheap ass, I swear,” Beers continues. “And at the bottom of this menu, it says something like, ‘Here at Thirsty Lion we try to take care of our employees, and to keep our quality and service good, we added a 3% service fee to your bill.”

When they finished dining, Beers says that the server brought them a tablet, which didn’t initially show an itemized bill—only the option to tip 18, 22, 25, or 30 percent.

“She holds it in front of me. She doesn’t hand it to me. And I just wanted to look at the itemized receipt, and she can’t figure out how to do that,” Beers says. “I’m trying not to get frustrated, but most people want to look at their check.”

Beers says he asked the server if he could hold the tablet after she found the itemized bill, which she agreed to.

“I hit custom tip, and I’m prepared to tip 15%. I couldn’t figure out how to do it you guys,” he says. “The next screen said, ‘Enter your percentage.’ I typed in one, five, and it thought I was trying to tip $15. It was just awkward.”

The video has reached over 110,000 views as of Monday, with commenters debating how much customers should tip for “good service.” Several believe that Beers’ 15% tip was too low, citing 20% as the “standard.”

“We stopped going out. You’re correct, it’s all gone downhill. 15% is being cheap, though. Sorry,” another said.

“18 percent is still too cheap,” a third added.

According to the New York Post, the US Department of Agriculture predicts that “food-away-from-home” prices will rise between 6.5% and 7.5% this year, pointing to a nationwide trend in restaurant price increases.

Some commenters slammed restaurants for increasing prices and including “sneaky” service fees to make up operation costs during inflation. A few said they regularly deduce the fee from the server’s tip.

“So true!!! Prices are crazy. I don’t care how good the food is. I hate being ripped off. Then the tip pressure. Hell no!!” one said.

“Last time I was charged a service fee it just came off of my tip,” another wrote.

“I completely agree I always choose the custom tip and go lower than what they recommend. I actually would have done 12% since they already put 3%,” a third shared.

The Daily Dot reached out to Beers via TikTok comment and to Thirsty Lion via email.