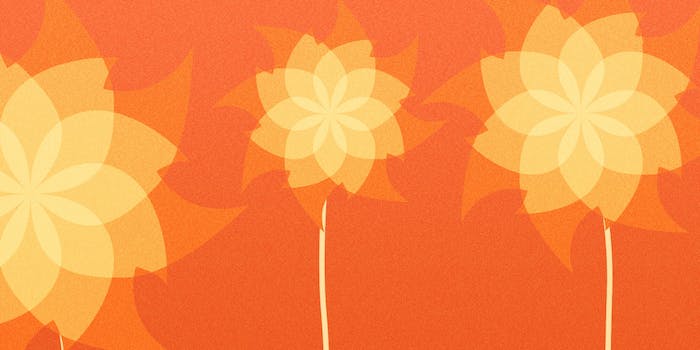 Tinder founder says the app has made 250,000 matches for transgender people

The app is making gains for the transgender community.

Though Tinder is often associated with hookup culture and online harassment, the app is making gains for the transgender community in helping normalize dating while transgender.

Nearly four months ago, Tinder expanded the app’s gender options from the binary for a total 37 identities, and for trans people, the move has paid off. According to Tinder founder and chairman Sean Rad, via CNNMoney, the app has seen an estimated 250,000 matches with transgender users.

Speaking with Rad on a panel at the South by Southwest conference on Friday, GLAAD president and CEO Sarah Kate Ellis commended the company for its efforts. Rad said the gender update came after hearing from app moderators that trans users were being harassed or reported and then banned from Tinder as a result.

“They were getting reported on the merits of who they were, not because they did anything bad,” Rad told the audience. “In Tinder’s case, we’re representing tens of millions of users and [we] want to do what’s right by all of them … Corporate leaders need to recognize they are, in a way, political leaders … It is very important that we set an example.”

Rad also said that the company implemented moderator training on how to properly address cases in which transgender and gender-nonconforming people are blocked for their identities.

Transgender matches, on the other hand, figure at about 2,083 a day on average during the past four months.

But while the figure might be underwhelming compared to Tinder’s personal bests, the app’s efforts to elevate transgender people in online dating aren’t to be dismissed. Zackary Drucker, a trans activist and producer for the television show Transparent who was a panelist, called the inclusion of trans people within a hugely heteronormative online dating app “enormous.”

“It’s actually really impossible to quantify how huge that is when we’ve always existed hidden, kept away,” Drucker said. “Ultimately, we’re not yet seen as human to a large percentage of the world.”