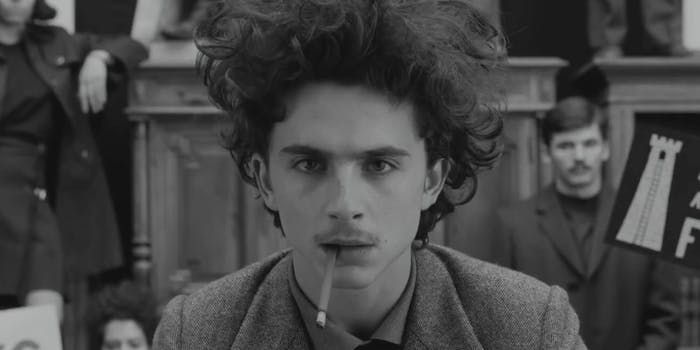 Some fans are defending him, others are canceling him.

After the actor did a live reading of the play Tennessee, which included an anti-LGBTQ slur, Timothée Chalamet is facing both criticism and support from fans.

The hashtag #TimothéeChalametIsOverParty is split between those who say Chalamet does not have the right to say such a slur even if it is scripted and those who believe he was just doing his job and isn’t homophobic IRL.

“Just cause he had to read script doesn’t make it okay for him to say d*ke stop defending problematic people,” Twitter user @jihyokindagay wrote.

In defense of Chalamet, some are pointing out that this is “how acting works.”

“You’re someone. I was in a role once where I had to whip myself to calm my insatiable desire to have sex with my adopted daughter. I was judge Turpin in Sweeney Todd. It’s just acting. GTFO yourself,” Twitter user @evan_hample wrote.

Other actors were brought up as an example.

“You MUST be kidding, actors say slurs all the time when they’re performing as someone homophobic,” Twitter user @written_vibes_ wrote. “Y’all didn’t get pressed Joe Alwin said the n-word in Harriet he would literally never be hateful. It’s a job.”

In some cases, not everyone expressed anger over the word.

“As a lesbian he can call me a d*ke all he wants,” Twitter user @smanthaeleanor wrote.