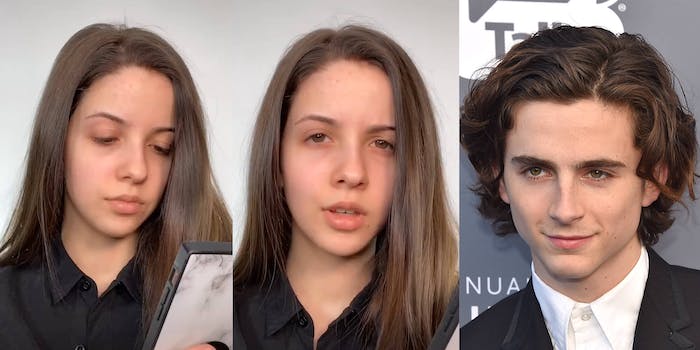 The TikTok-famous 16-year-old posted a video in which she scrolls through photos of Chalamet, then surprises us by transforming into him. In another video, Roberts breaks down the process of becoming Timothée via some expert contouring and shading.

On Twitter, Roberts commented that her TikTok feed has been heavy on Chalamet content, which apparently inspired this look. And people reacted.

A makeup artist on tiktok turned herself into timothee chalamet and uhhhhh I’m scared… pic.twitter.com/mE0x3qgeNQ

However, Roberts has plenty more transformative looks on her TikTok.

Chalamet has not commented on the TikTok; he was last spotted shopping at Bed, Bath & Beyond with Dune co-star Zendaya, as one does.