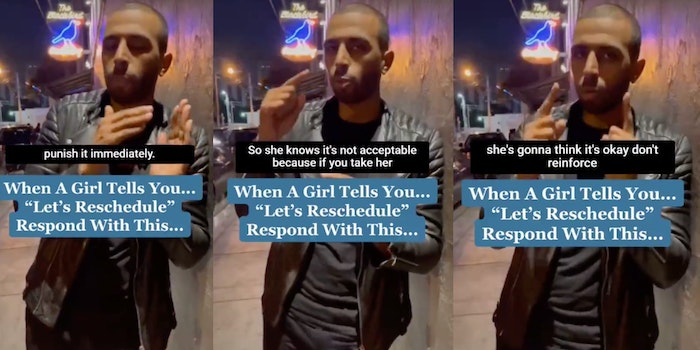 ‘He got this info from a dog training video’: Man flamed for giving misogynistic dating advice on TikTok

Part of his advice is that men should 'immediately punish' women's 'undesirable behavior.'

A TikToker is getting slammed for his misogynistic dating advice. Viewers are making fun of the advice that they say very much resembles a pet training course. Others are calling him out for sexist views.