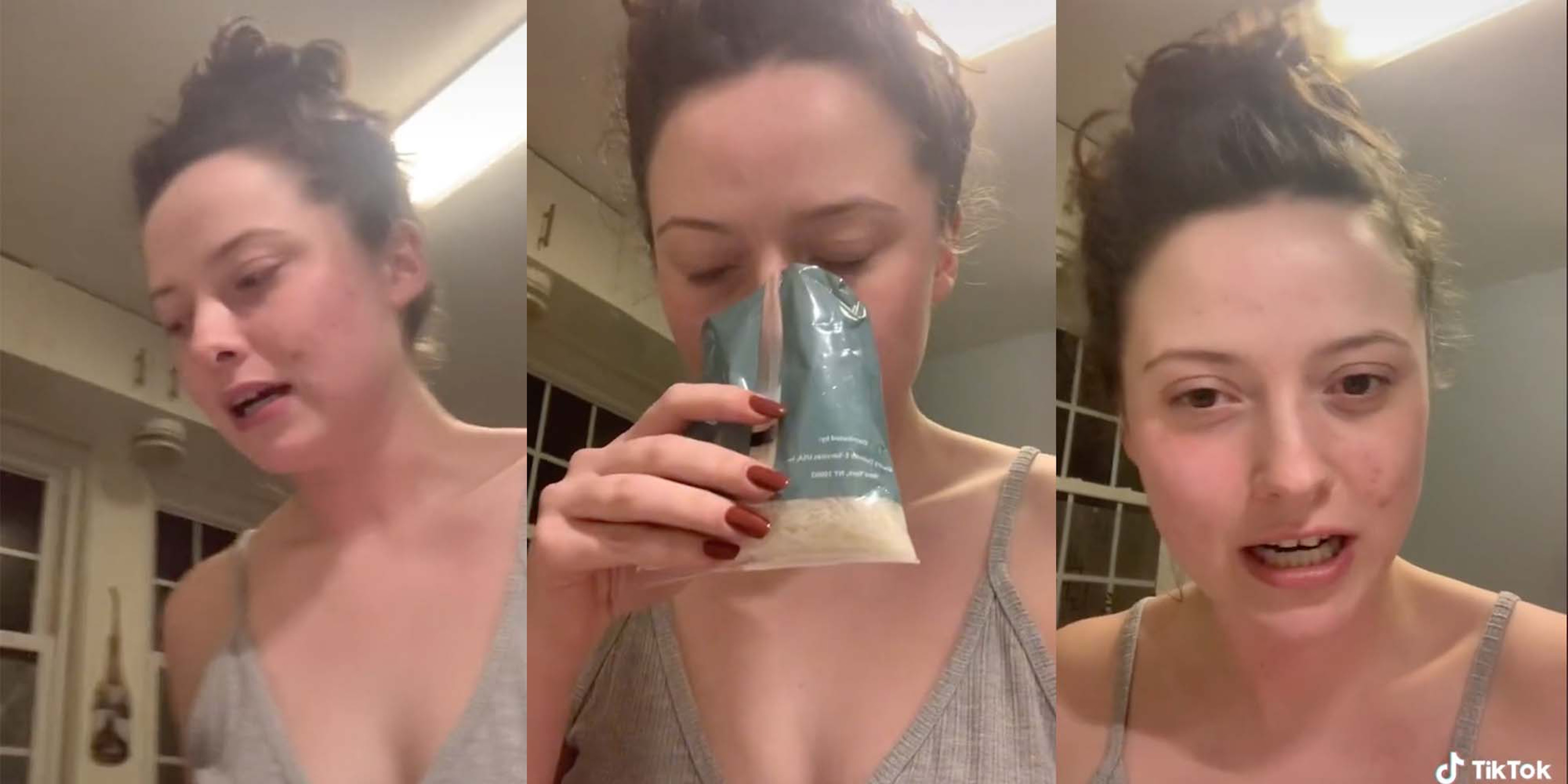 A TikToker claimed in a viral video that “Hello Fresh is trying to kill” her via jasmine rice.

“Something is definitely wrong with this rice,” TikToker @anti_scalia says in the video posted on Nov. 18. “This literally smells like spoiled yogurt.”

So, she says she used her own jasmine rice for the recipe. “Hello Fresh is trying to kill me,” text overlay of the video, which garnered over 167,000 views, reads.

Then, the TikToker alleges in another video on Nov. 19, that it happened again. In that video, she says a different bag of jasmine rice smelled “the same” and that she kept the second bag of rice “for proof.”

She also warned other Hello Fresh customers to smell their bags of rice if they ordered the same meal that week. “If you got jasmine rice, smell it before you use it, please,” she says.

To those who told her to try rinsing out the rice, she says in another TikTok that she is very familiar with jasmine rice (and how it should smell), and previously ate 16 Hello Fresh meals that included jasmine rice.

“I’ve tried it 16 times from Hello Fresh. And these two times, as soon as I opened I could smell it,” she says. “I don’t normally smell the rice. It hit me in the face. It was unavoidable.”

@anti_scalia also says she was surprised by Hello Fresh’s quality, especially considering how many corporate sponsorships they have. She also says she’s never been refunded after reporting an issue with her meal; she’s only been credited with more money on her account.

“Hello Fresh can’t afford to actually redress the issues that their customers are having,” she alleges in another TikTok. “Instead they force them to stay subscribed to the membership… instead of providing the refund.”

@anti_scalia also clarifies in other TikToks that jasmine rice from Hello Fresh hasn’t smelled bad in the past and that there’s nothing wrong with her sense of smell.

Viewers in the comments sections of @anti_scalia’s videos shared their experiences with Hello Fresh as well.

“I stopped using Hello Fresh after I had received multiple meals with rotten or moldy food/vegetables,” @halloweenhil wrote. “I really wanted to love it too.”

“I had to cancel my subscription,” @sarah_begovic commented. “Every week there was either something missing, rotten or spoiled.”

Some who claimed to be former Hello Fresh employees alleged that the foods used by the company were “not really fresh.”

The Daily Dot has reached out to @anti_scalia and Hello Fresh.