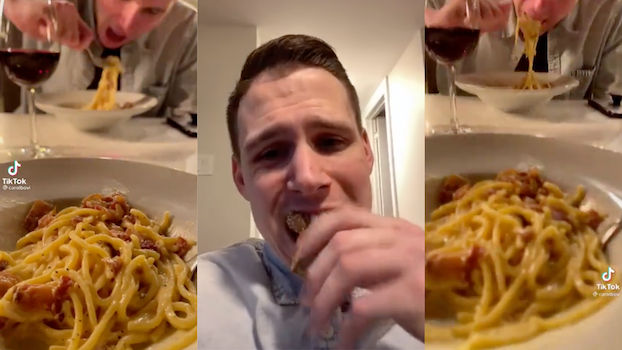 The TikTokers admitted the video was staged.

People were outraged after Carolina Bovi appeared to secretly film her date as he slurped down spaghetti with a fist grip around his fork. But Bovi and the man featured in the video, Taylor Schleich, later explained that the video was filmed as a joke.