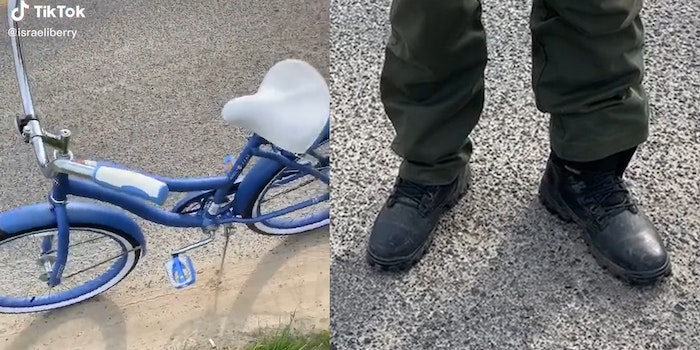 The officer denied the man's request to call an attorney.

A TikToker’s viral video captures the moment a police officer detained him for playing Arabic music while riding his bike through a neighborhood.