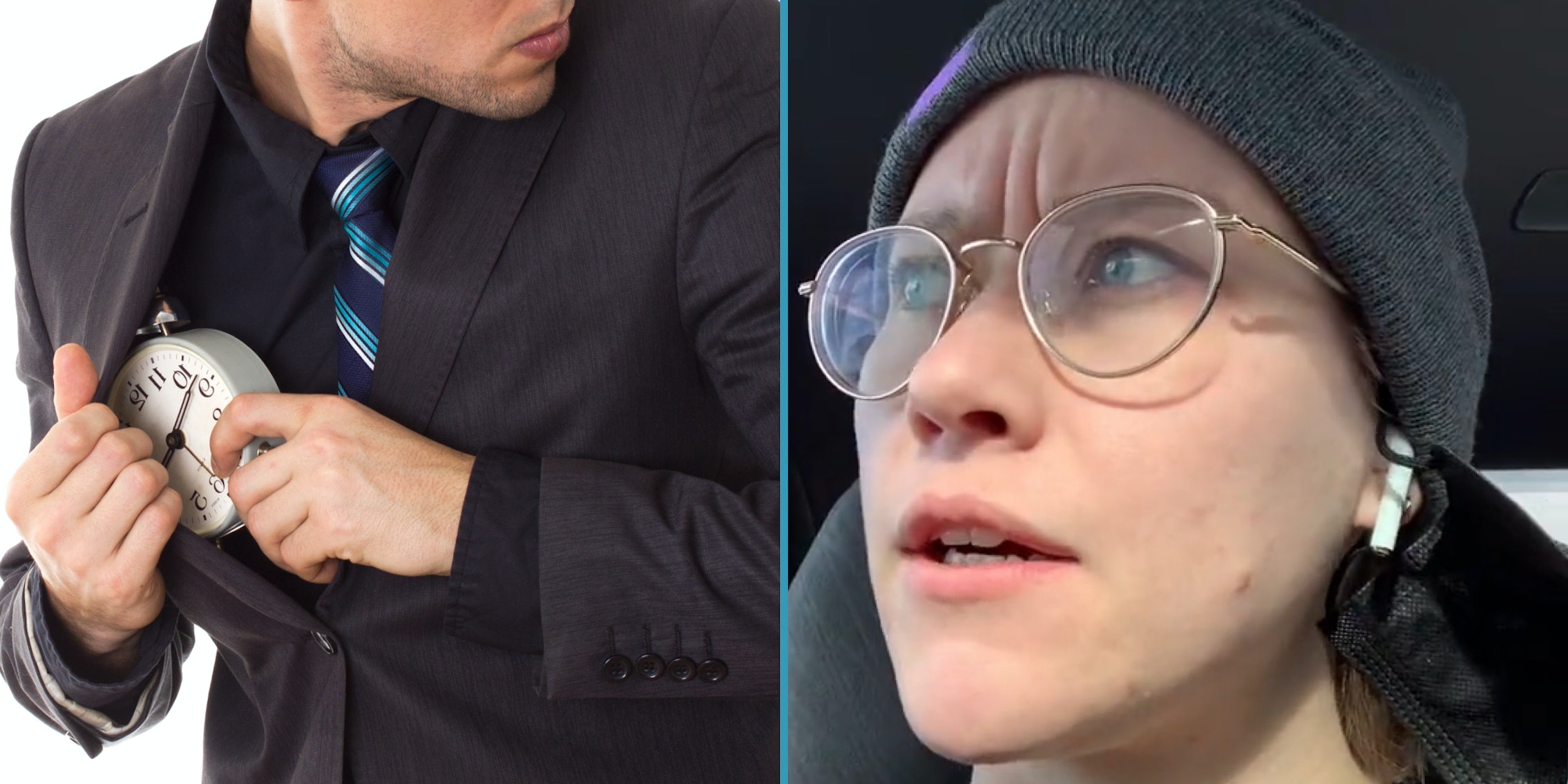 ‘Time theft is wage theft’: TikToker blasts workplaces that make you come early without clocking in

TikToker Ripley (@irxpley) has sounded the alarm about wage theft. In a now-viral video posted in early March, the TikToker portrays an all-too-familiar scene. A worker is asked to come in early but told not to clock in early. When the worker protests, they told they need to make sacrifices for the “team.”

“If you require that I’m here early, I’m going to clock in for that,” Riley states in the video.

This is Ripley’s second video on the topic, with both videos breaking over a million views.

In comments, users supported the idea that asking employees to work before clocking in constitutes wage theft.

As one user wrote, “Time theft is wage theft. Cannot believe how so many companies think this is okay.”

Others agreed. “If I’m here you’re paying me,” stated a commenter. “No questions.”

One commenter shared a bold claim. “Wage theft is the most common type of theft and amounts to 3x all other forms of theft,” stated the commenter.

Is this true? It would seem so, yes. A 2014 report by the Economic Policy Institute estimated that workers could be losing almost $50 billion annually because of things like minimum wage violations, overtime violations, and, most relevant to Riley’s TikTok, off-the-clock violations.

In contrast, “all of the robberies, burglaries, larcenies, and motor vehicle thefts in the nation cost their victims less than $14 billion in 2012.”

While 10-to-15 minutes per shift may seem minor, as some TikTokers noted, those minutes add up quickly.

“If you were to show up to work 15 minutes early everyday for one year while working full time, you would donate 65 hours of your time,” shared one user.

Many also offered their own time theft stories in the comments.

“When I was 17 McDs used to pull this on the minors,” alleged a user. “The night [before] health inspection we would clean close to open unpaid.”

“EVERY single fast food restaurant I’ve EVER worked at tried to get me to do this,” claimed another.

For those who are asked to engage in this unpaid work, TikTokers have a suggestion: Get it in writing.

“I started saying ‘I will gladly do that for you once you give it to me in writing,’” one user shared.