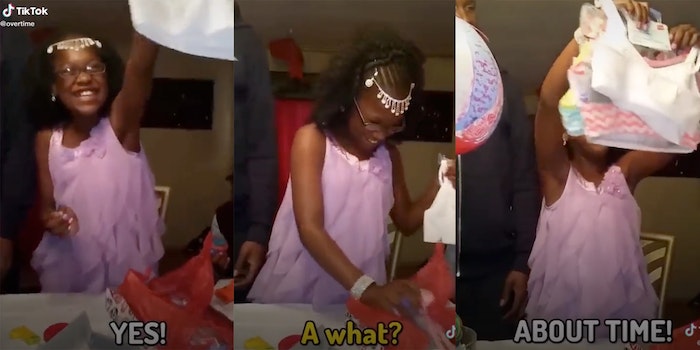 'We all have our differences.'

In a viral video circulating on TikTok, a young girl shuts down critical comments from a man as she opens a gift of new training bras. The video shows her unwrapping the present as she exclaims, “Yes! Yes! About time!”