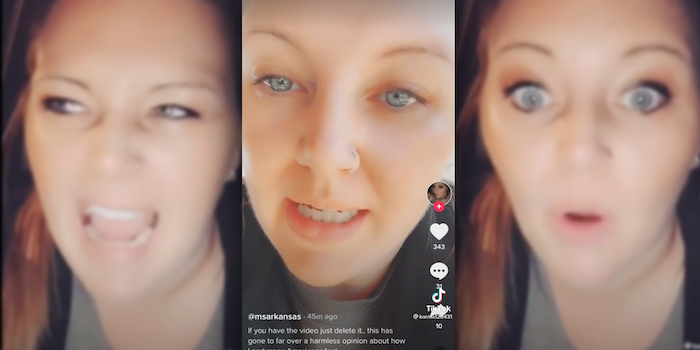 A conservative TikTok user says that the Secret Service is “looking for her whereabouts” after users reported a viral video in which she threatens the U.S. government.