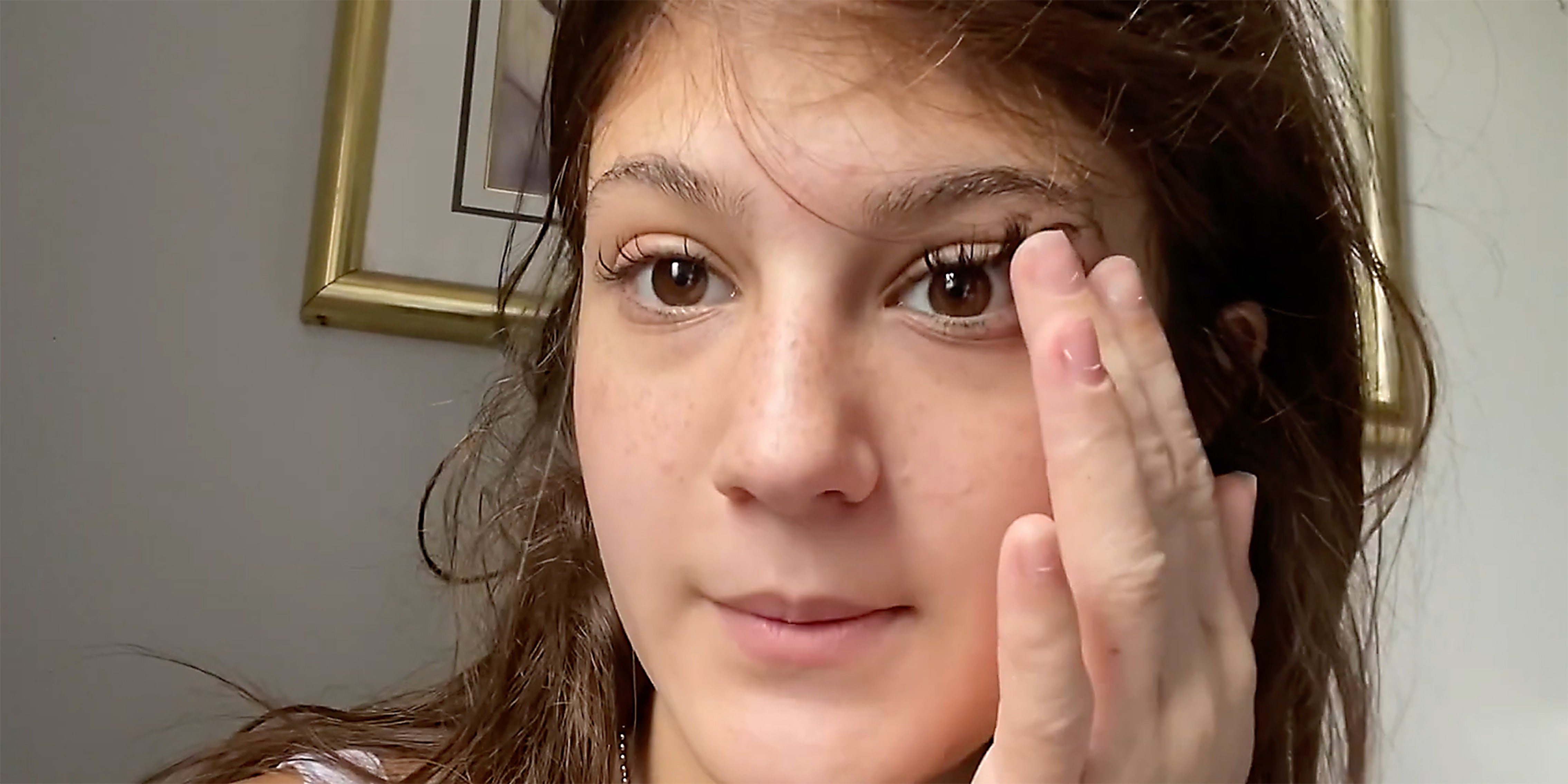 ‘She’s definitely being exploited’: Teen influencer off TikTok after viewers accuse her mom of sexualizing minors

Popular teen TikToker Roselie Arritola, aka Jenny Popach, is no longer on the platform after posting a video of her brother “unwrapping” her set to Ariana Grande’s “Santa Tell Me.” The video shows Popach, 15, wearing wrapping paper; her brother pulls on the paper to reveal Popach’s swimsuit.

Following a wave of controversy and allegations of parental abuse, Popach’s unwrapping video was deleted along with the rest of her account. It’s unclear whether TikTok removed the account or she deleted it herself. (TikTok did not immediately respond to a request for comment.)

Popach, who has also gone by Depophatesyou and That Girl Maria, had almost 6 million followers. Seventeen reported last summer that Popach and her mom, Maria Ulacia, broke into the content hub Hype House and later formed their own house, the Blok LA.

Despite her account going dark, duets and stitches of Popach’s content remain online. In response to the unwrapping video, a December duet from @mimismusings states, “This is so gross.”

“How could a mother let a 14 year old post this with her brother?” the TikToker wrote in the video’s overlay text.

Another TikToker said that many of Popach’s videos “violate TikTok’s adult nudity and sexual activity guidelines.” TikTok’s community guidelines prohibit “sexually exploitative content,” which the platform defines as “any abuse of a position of power or trust for sexual purposes, including profiting financially, socially, sexually, or politically.”

“This is normal for college age kids,” TikToker @thegreatlondini.com says in a TikTok about another of Popach’s videos that shows her touching objects in a nativity scene. “But Jenny just turned 15.”

Popach’s mother and father have been under fire on the platform for months. A quick search of “Jenny Popach” on TikTok reveals videos about the teen’s safety being in question. Similar to the #FreeBritney movement, TikTokers have analyzed Popach’s videos for signs of danger or a cry for help from the teen.

“Here’s a video of Jenny asking for help,” TikToker @bylooi wrote in a December video. The TikTok shows Popach mouthing a word that @bylooi thinks is “help.”

The hashtag #JusticeforJenny, which has over 525,000 views, includes videos about Popach. One post alleges that her mother is “making her post weird videos.” Another user, @justiceformaria, accuses Ulacia of “pushing” her daughter and touching Popach’s breasts in a now-deleted video.

“She’s definitely being exploited by her mom,” one user commented on @mimismusings’ video. “Her entire channel is so troubling.”

However, there is no evidence, just viral speculation, that Ulacia is directing Popach’s content to appear sexually suggestive.