A human trafficking internet hoax is being spread on TikTok

'This is really important and we should spread the word immediately.'

A TikTok user issued a really scary warning to girls about a tactic she said was being used by human traffickers. Only, the tactic is a complete hoax.

TikTok user Makaila, @ohokaygirl, posted a video Sunday, detailing the tactic she first heard about through her mom. She says human traffickers are tying zip ties to car mirrors in an attempt to distract girls who are alone so that they can take them. The video has amassed over 700,000 likes.

“This is really important and we should spread the word immediately,” she says in the video.  “This is a new thing that is being done.”

Another user shared Makaila’s warning through her own video, which has garnered over 100,000 likes.

The warning is similar to a viral hoax from 2018. In a press release, the San Angelo Police Department said a woman shared a photo of a zip tie around the mirror of a car online, hoping to warn other women about the possibility of human trafficking in the area. Despite the fact that there were no instances of human trafficking reported to the San Angelo Police or nearby Angelo State University, the image was shared throughout the community and caused widespread panic.

The hoax, as reported by Snopes, has come back into vogue on social media as a meme. It’s unclear whether the TikTok video is genuine or referencing the meme.

The Atlantic writer Taylor Lorenz posted the video on Twitter to share its inaccuracy, with others criticizing the 17-year-old for spreading misinformation online.

“TikTok is being used to spread a completely fake internet hoax about zip ties on cars and human trafficking,” Lorenz wrote. “These vids have hundreds of thousands of views.”

Comments from TikTok include other “distraction tricks” to watch out for, as well as some users who took the warning less seriously.

“Also CHECK under your car they sometimes hide under there and have a knife Tryna cut your ankle,” TikTok user McLovin wrote. 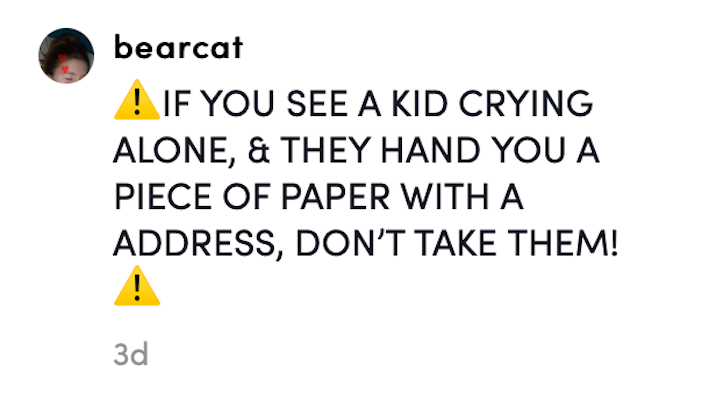 In a revolutionary move, someone did indeed fact check what they were seeing on the internet.

“I just read this was debunked, but I’d still keep it in mind,” Kel Nicole said. “Ya never know. Be vigilant.” 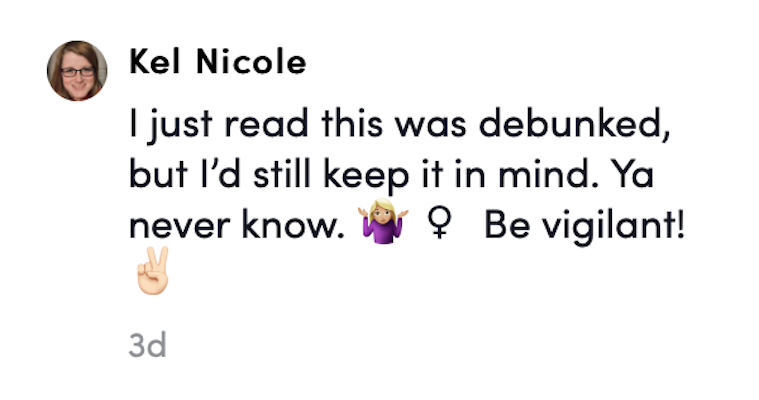