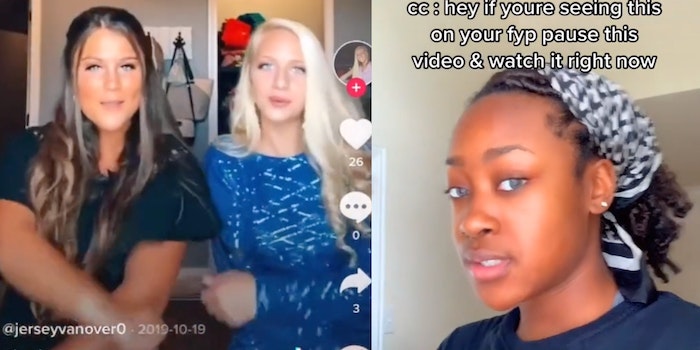 She reported the video for hate speech, and TikTok allegedly told her to 'block the account' if she's offended.

Update 9:49pm CT, Dec. 8: When reached for comment, a TikTok spokesperson told the Daily Dot that the platform took down the video of the two white users saying the N-word. “We’re committed to promoting an inclusive and positive environment on TikTok. In line with our Community Guidelines, we remove hateful speech and behavior so that our community can feel safe and welcome to create and share,” the apokesperson added.