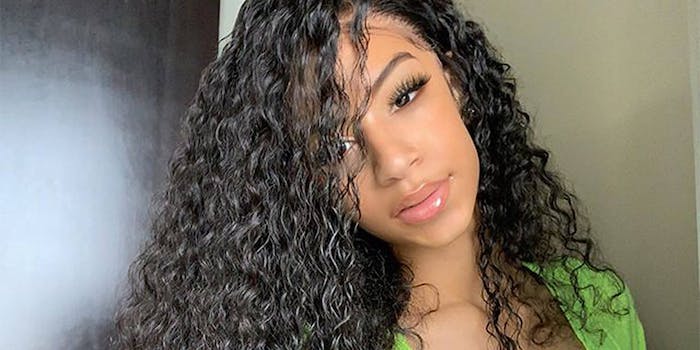 She also unfollowed her mother and stepsister.

Though the timeline for the unfollowing is murky, signs point to it happening after the rapper bragged about taking his daughter to the gynecologist to check her hymen and make sure she’s still a virgin.

On the “Life Hacks” episode of the podcast Ladies Like Us with Nazanin Mandi, T.I. said he takes his teenage daughter to the gyno annually. The 39-year-old rapper said he checks the results of the pelvic exam himself.

As of his daughter’s 18th birthday, he boasted, she’s still a virgin.

T.I. also said he thinks his daughter’s virginity will make it harder for her to get a guy to stick around because virgins are “no fun.”

While Deyjah Harris hasn’t commented publicly on her father blasting her personal life, her feelings are not unknown. According to E! News, she liked tweets calling his actions “disgusting,” “possessive,” and “controlling.”

She also liked a tweet from user @drienarene, who wrote: “I hope your truly ok. Him telling the world your personal business medically and your choices as a woman to do or not do a personal and special moment in your life is never right.”

“Really I wish the women who interviewed him would have said something to him,” Azalea, who previously worked with T.I., wrote in a since-deleted tweet. “He has serious control issues with women in all aspects of his life and needs therapy.”

T.I. hasn’t commented publicly about his remarks on the now-deleted episode of the internet show.

TI is big time hypocrite. Wonder how many virgins he slept with. He sure did not give a damn about their fathers. Wierdo's gets virginity tests on an 18 yro old woman adult daughter. Deyjah Harris unfollows dad T.I. on Twitter and Instagram https://t.co/C3I0xPGpRN