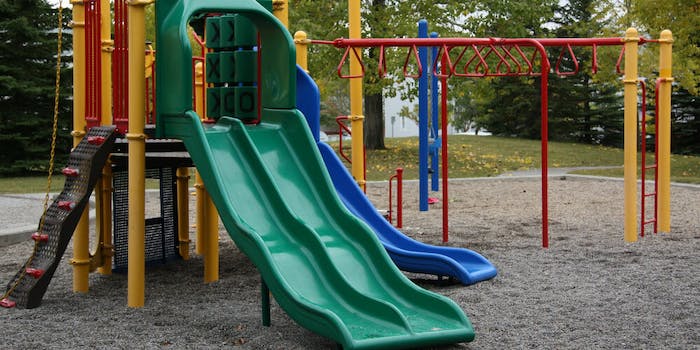 Right-wing YouTube show “Third Rail Talk” has reportedly been filming at a mosque in Minnesota since December. But now, the show is being accused of filming mosque-goers’ children while they play on a nearby playground, according to a report by Minnesota Public Radio (MPR) News.

“It was a new low. You’re harassing adults, we get it, whatever. An adult can overcome that and they can put that into perspective,” Abdulahi Farah, the mosque’s program director, told Sahan Journal. “But when you’re harassing kids who have been looking forward to recess the whole morning, what is that? How insensitive are you?”

“Third Rail Talk” has been filming the mosque, Dar Al Farooq Youth and Family Center in Bloomington, Minnesota, for a series called “Mosque Diaries.” In the first episode of the series, “Third Rail Talk,” which boasts merely 2,000 subscribers on YouTube, makes the claim that the center is radicalizing Somali Americans without providing any evidence, and it also expresses fear over Shahira Law being imposed in the U.S.

In 2015, three men who had played basketball or worshipped at the mosque were found guilty of trying to join ISIS. Yet, their radicalization and recruitment had no relation to the mosque, prosecutors discovered.

The channel has so far published three videos featuring the mosque, none of which depict children. In the first YouTube video, the narrators cite their right to freedom of speech and of the press, the latter of which it claims to be.

Apart from its baseless claim that the mosque is radicalizing people, the narrators seem to take issue with a tiff between neighbors and the center over zoning as well as parking and use permits.

“Local, residents are moving out. They’ve grown tired of being ignored, ridiculed, and belittled by a mosque breaking city code on a weekly basis … Many people are frustrated with City Council bending over to accommodate the Muslims in the name of political correctness,” says the narrator, adding that crime has gone up in the neighborhood–another baseless claim.

In 2017, the mosque was bombed in an Islamophobic attack.