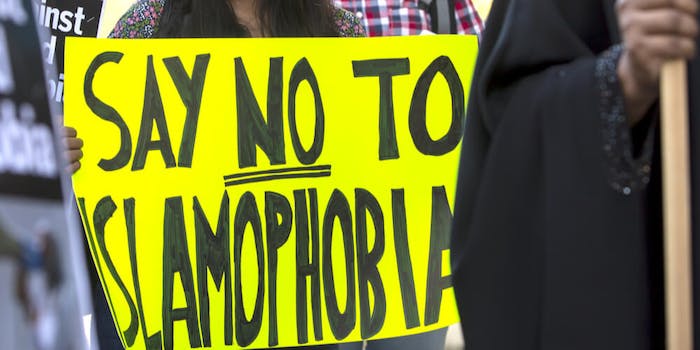 The New Jersey deputy mayor defended his post as a 'figure of speech.'

A New Jersey deputy mayor has reportedly resigned after a local committee called out his Islamophobic Facebook post.

According to NJ.com, Raritan Township Mayor Jeffrey Kuhl condemned Deputy Mayor Lou Reiner’s Sept. 14 post on Facebook. The post includes a photo of a fire erupting from a nuclear explosion with a caption that reads, “Some cancers must be treated with radiation. Islam is one of them.” The post had been removed from Kuhl’s profile by Friday.

Reiner, who was reportedly responding to the attack on Saudi oil tankers the U.S. government blames Iran for, also said in an interview that “Islam is an evil religion, it’s a violent religion.”

“The religion is a cancer … the Islamic position is in fact a cancer,” he said, according to a neighborhood news site TapInto. Reiner also reportedly said that this view didn’t apply to all Muslims, but only “to the Quran.”

He then said that President Donald Trump would “will do the right thing” when talking about expecting an attack on Iran to “secure” interest of allies. It’s not clear if he’s aware that Saudi Arabia has a majority Muslim nation.

“I do not believe, nor do I support the use of nuclear weapons against Islamic countries,” he reportedly said. “But the religion is a cancer and has to be dealt with accordingly.”

He later apologized for his comments, but the Raritan Township decided to take “appropriate action,” NJ.com reported.

On Wednesday, Reiner stepped down, and the Township shared a resolution censuring him for his “derogatory, discriminatory and offensive public statements.”

“The bigoted, hateful and threatening social media posts shared by this elected official are symptomatic of the Islamophobia that grips this country today,” CAIR-NJ Executive Director James Sues said in a statement. “Bigoted views such as these should not be tolerated by any government agency.”