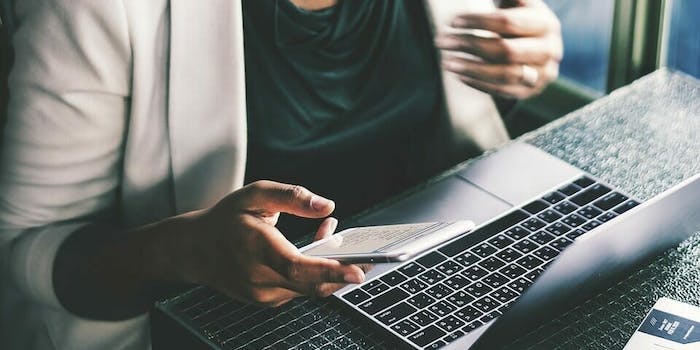 A beginner’s guide to the League, your favorite elitist dating app

So you want to meet a guy named Chad for something called 'yacht week,' do ya?

The League dating app wants you to know that it’s perfectly fine to be picky about who you date. I agree with this statement—at least, it’s what my mother instilled in me from a young age.

For instance, you know you want to date someone who has a job and an apartment (fairly standard requirements that can be surprisingly hard to come by, especially when you are in your early 20s on dating apps like Tinder or Bumble). Once you’ve got those necessities locked in, you can narrow things down further. Perhaps somone over 25 who loves the outdoors, big dogs, live music, true crime TV, and is not afraid to cry (OK, I am now talking about myself).

But what if you can accept no less than someone who is minimum six-foot-three, gainfully employed at either a finance or law firm, religious, athletic, and definitely Ivy League? Well, if you don’t mind calling yourself a dating elitist, or know that you hold hard and fast to career and status standards, the League might be the elite dating app for you. So what is the League, and how exactly does it work?

I have waded through what I can only refer to as an endless river of Nicks and Chads who love finance, fitness, and Bitcoin to provide this rundown of everything you need to know about the League, and whether or not it’s right for you.

What is the League?

You may recall the plotline in HBO’s Insecure in which Molly, an ambitious lawyer, broke things off with her non-elite (but ultimately better) boyfriend after being accepted to join the League. Personally, I could not have cared any less about exclusive dating apps until that iconic moment when Molly confidently sashayed into the bar to meet her League date. Launched in 2015, the League is an exclusive, members-only dating app aimed at working professionals. Potential members are approved based on data from their Facebook and LinkedIn profiles.

The League markets itself almost exclusively to career-oriented individuals who have high standards and very little time to drudge through potential matches and bad dates looking for a winner. The thing is, though, you still have to do some scoping. The app gives you fewer options, presumably because it has already done the work of sifting through prospects and hiding all those who don’t meet the standards you set. The more requirements you have, the less daily matches you’ll get.

After about a year’s worth of Tinder dates ranging from “meh” to DEFCON 1, I consider myself pretty well-versed in dating apps. The mass appeal of elite apps makes sense—especially in high-powered cities full of young people looking for love lives as ambitious as their careers.

How does the League dating app work?

The app already touts its exclusivity with a waitlist and vetting process, but it doesn’t exactly get less complicated once you’ve been accepted. Here’s what you need to know to navigate the aristocratic waters of the League dating app from waitlist to date night.

The waitlist is probably the most defining and most exclusionary feature of the League. Anyone who wants to use the app must enter via a waitlist. To bypass the waitlist, you can, of course, shell out $349 for a year membership. Still, you won’t be granted membership with money alone. You’ll still have to link your social media and, well, wait it out. This is dating elite.

For an extra push, those who are already behind the velvet rope can “endorse” other applicants from the Settings page. The app tracks your “Referral Quality,” meaning the overall popularity of the people you have referred. Ideally, you want these people to be “All-Star” or “Majors” status. But also, I might add, who cares.

The standard League profile allows you to list standard dating app information. You can add up to six photos, height, ethnicity, location, religion, interests, and a short bio. The League is different in that it pulls your employment and education info directly from Facebook and LinkedIn. This feature is helpful both because it prevents users from lying about their jobs and it protects you from fakes, bots, and voyeurs you so often encounter on other dating services.

If you want to edit or hide your job or education history, you’ll have to upgrade to become a League Member and pay a monthly fee.

Matching on the League

Every day at Happy Hour (LOL, yes, really), you will receive a new batch of prospects to swipe through. The fewer preferences you set, the more prospective matches you will see. In my experience, there were several days at a time during which I didn’t get any matches. The League provides you with a “Concierge” who supposedly helps with these issues, but mine didn’t prove to be very helpful.

Users can also filter potential matches not only by age and location, but by education, height, religion, and race. The app has received criticism on this point specifically and was accused of racism in 2015 due to the requirement that League users disclose their race. Not only that, but users can filter out potential matches by race.

How do League Tickets work?

This app did steal the standard “swipe right, swipe left” feature originated by Tinder, so that part should feel familiar. But the rest of the app’s original features are somewhat alienating for new users. “League Tickets,” for instance, allow you to purchase an additional batch of daily prospects for $6.99. Instructions on the app note, however, that you shouldn’t purchase extra tickets if you’re already seeing more than three matches a day. It suggests you “widen your preferences” if you aren’t seeing enough people.

So, do with that info (and your money) what you will.

Even after you’ve been granted entry into the dating coven that is the League, you might be looking for more. If you want to sift through more young professional matches, you can upgrade to League membership. This includes free League Tickets that speed up matching and turn on read receipts for messages. Membership also means more prospective matches each day. A 12-month membership costs $29 per month or $349 annually. A six-month membership costs $33 per month or $199 annually, and a single month costs $99.

If you’re looking for even more (and can afford a much heftier price tag), you can upgrade to League Owner. Owners are given access to all Member perks like expedited entry, daily stats, read receipts, Groups, and VIP passes.

What are League Groups?

Just as other dating apps have played with features aimed at fostering friendship and community, League Groups is an in-app feature that allows members to join communities that hang out offline. For example, in 2016, the League founder and CEO Amanda Bradford launched a group for women looking for support and information about freezing their eggs.

“There’s a lot of us out there that aren’t sure about having children that don’t want to rush into a relationship just because our biological clock is ticking,” Bradford told CNN. “That choice is really powerful that we can make.”

I, uh, will let you pass your own judgment on this front. But it’s pretty clear that Groups are reflective of the kinds of users on the app. It’s up to you if these are the communities you want to be a part of. However, it must be noted that those who upgrade to Member or Owner status can create their own groups. Hopefully, this will reduce the number of Hamptons-related shenanigans that apparently every dude named Bryan loves.

As a cisgender, white, heterosexual woman, I had a fairly predictable experience using this app. It bears noting that when I switched my preferences to women, my options increased in both amount and quality. I can count on one hand the men of color I spotted in several weeks of using the app daily, and my preferences were set to be as inclusive as possible. Not all dating apps are perfect, but this one has a ways to go. That’s why (hopefully) it’s still in beta.

Still, my experience on the League is not yet over. I have yet to lock down an actual date, but I plan on it. Likely with Garth, the guy whose bio lists various cuisines and nothing else. Or maybe Sam, who sent me a single message generously offering to buy me a charcuterie board. Wishing you the same luck out there.