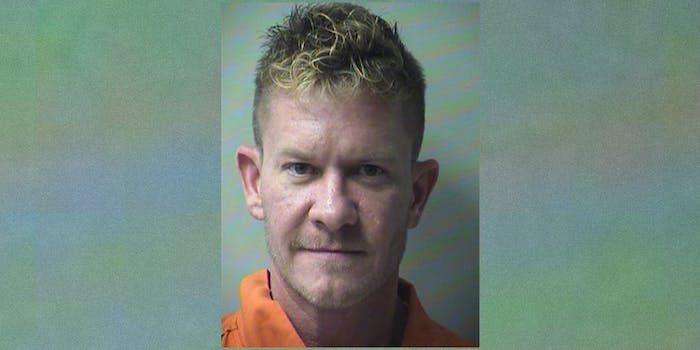 He faces charges of child abuse and animal torture.

A Florida man was reportedly arrested after a 14-year-old girl exposed his alleged physical abuse by installing cameras in her room.

Damon Becnel, 47, was arrested on Jan. 2 and charged by Okaloosa County Sheriff’s Office in Florida, according to ABC News.

The girl, who is not named in the reports and whose relationship with Becnel has not been revealed to protect her identity, installed cameras in her room to document the abuses by Becnel after her complaints about his abuse went ignored.

In the two videos provided to the sheriff’s office, Becnel is seen headbutting the teen, hitting her head against the bed, and pulling her hair, according to ABC News. He is also seen verbally abusing a dog while the girl pleads with him to stop.

According to both police and his mother, the teenager had previously shared accounts of his abuse, but no one believed her.

The mother does not have custody of her and has since filed a Petition for Injunction Against Domestic Violence for her daughter, according to the Destin Log.

Becnel, who reportedly owns partnership in 26 businesses in Florida, pinned the girl against a door and said he would “maybe” kill her, according to the injunction.

He held the girl in the home and took away her cellphone, but she managed to escape when he was asleep and called her babysitter from a burner phone she purchased at a Walmart nearby, the mother claimed in the injunction.

A Facebook group has been created in support of the girl. Since the group started on Saturday, it has garnered more than 9,900 followers. The Daily Dot is not naming or linking to the group as it reveals the man’s relationship with the girl.

Becnel is facing charges of child abuse and animal torture.