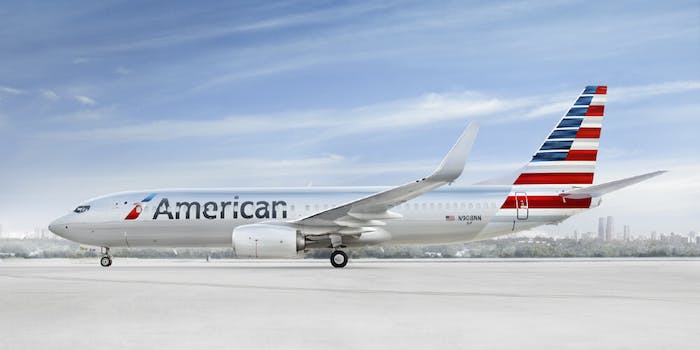 It wasn't the first time.

A woman has filed a lawsuit against American Airlines after an employee sent more than 100 harassing texts after getting her phone number from her bag tag.

According to Jezebel, the harassment began in April when Ashley Barno was waiting in the boarding area for her American Airlines flight from San Diego to Chicago. She received a text greeting from a number she didn’t have saved in her phone, which at first seemed normal.

“Hey, Ashley! How are you?” said the first text, according to NBC 7 San Diego. Barno replied that she was good, and then followed up, “Sorry, I’m not sure who this is.” Things suddenly took a creepy turn when the unknown texter replied, “Btw I must tell you that you are gorgeous!”

Barno tried to get information from the stranger about who he was, to which he replied “You guess!!” and admitted he worked for American Airlines. Her fear escalated after she boarded the plane and the messages didn’t stop, getting more specific and demanding. He told Barno that he watched her pass him on the way to her seat, and tried to get her to join him, saying, “Will you join me?? I have two seats open next to me!”

The man eventually identified himself as “Ahmad,” and admitted to Barno that he got her phone number from the tag on her luggage. He continued to text her throughout the flight after she told him to leave her alone and alerted a flight attendant. Barno described the flight attendant as “amazingly helpful,” checking in frequently, and sharing an important and horrifying allegation: That this was not the first time Ahmad had done this to a passenger.

When they landed Ahmad was escorted off the plane by security, but the lawsuit filed by Barno against American Airlines alleges that he continued to try to contact her for a long time. American Airlines spokesman Joshua Freed said in a statement to the Washington Post that Ahmad is no longer employed with the company, and declined to comment further.