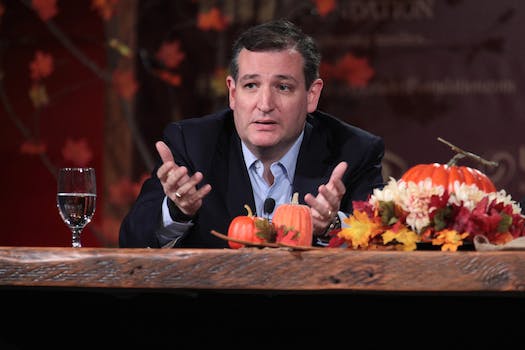 'We don't have a constitutional right to use force,' Cruz told reporters.

Texas Sen. Ted Cruz on Monday urged the armed militia members who seized a federal building in Oregon to abandon their standoff with the government before any shots are fired.

“It is our hope,” Cruz added, “that the protesters there will stand down peaceably, that there will not be a violent confrontation.”

.@tedcruz urges stand down in Oregon by those who have overtaken refuge headquarters pic.twitter.com/Q0z2I8TD8e

The anti-government militia entered the unoccupied federal facility in the Malheur National Wildlife Refuge in Harney County, Oregon, on Saturday night. They said they were prepared to stay there for years to protest federal control of the Malheur National Forest and the prosecution of two local ranchers for arson.

Cruz, who rose to prominence in the Republican Party thanks to his incendiary small-government rhetoric, upended the expectations of liberal observers by urging the Oregon militia to stand down.

Cruz also offered his prayers to “those in law enforcement” who were preparing for a possible clash with the armed men. Federal and state authorities have not announced plans to confront the militia, and the Federal Bureau of Investigation said Sunday that it was coordinating efforts to achieve a “peaceful resolution to the situation.”