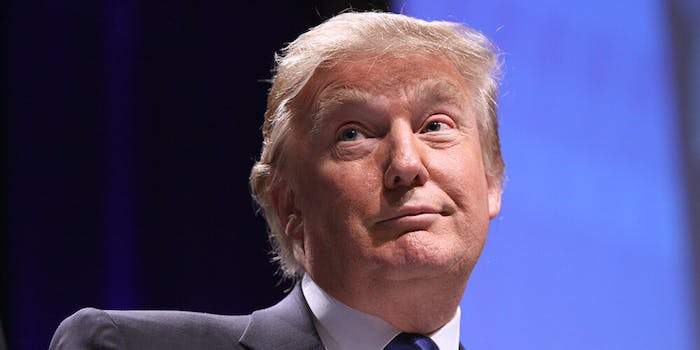 She has also been accused of making derogatory remarks directly to students.

A high school teacher from Fort Worth, Texas, who was fired in June after publicly tweeting at Trump about the “illegal students” at her school could get her job back after a ruling in her favor.

At the end of the 2018-2019 school year at Amon Carter Riverside High School, the teacher exiting was under investigation for her tweets. Georgia Clark, an English teacher who had worked in the Fort Worth school district since 1998, publicly tweeted at President Donald Trump about “illegal students” multiple times that May, the Root reports.

The Twitter account has since been deleted, but Clark confirmed to the Washington Post that the tweets were hers. “Mr. President, Fort Worth Independent School District is loaded with illegal students from Mexico,” she wrote in one tweet. “Anything you can do to remove the illegals from Fort Worth would be greatly appreciated.” She also asked for help hiding her identity, as she was afraid of “recrimination,” which means an accusation in response to an accusation.

Clark may have feared recrimination because she’d been accused of derogatory remarks to students already, including insults based on perceived legal status. In fact, a number of the tweets were made on the same day she allegedly asked a student to see “papers that are saying you are legal” when they asked to use the bathroom. With all this in mind, the school board voted unanimously to terminate her contract.

Despite additional reports dating back years of negative behavior toward students, Clark appealed her termination, and now Texas Education Agency Commissioner Mike Morath has sided with her and ruled she either be given a year’s salary or reinstated with backpay. Morath says the school board violated her right to free speech, as her contract didn’t prohibit her from contacting “elected officials concerning matters they have jurisdiction over.”

“The Commissioner’s decision was not based on the merits of the case but rather a procedural technicality with which the District does not agree,” said district officials in a statement to the Fort Worth Star-Telegram. The district intends to appeal the decision within 20 days.