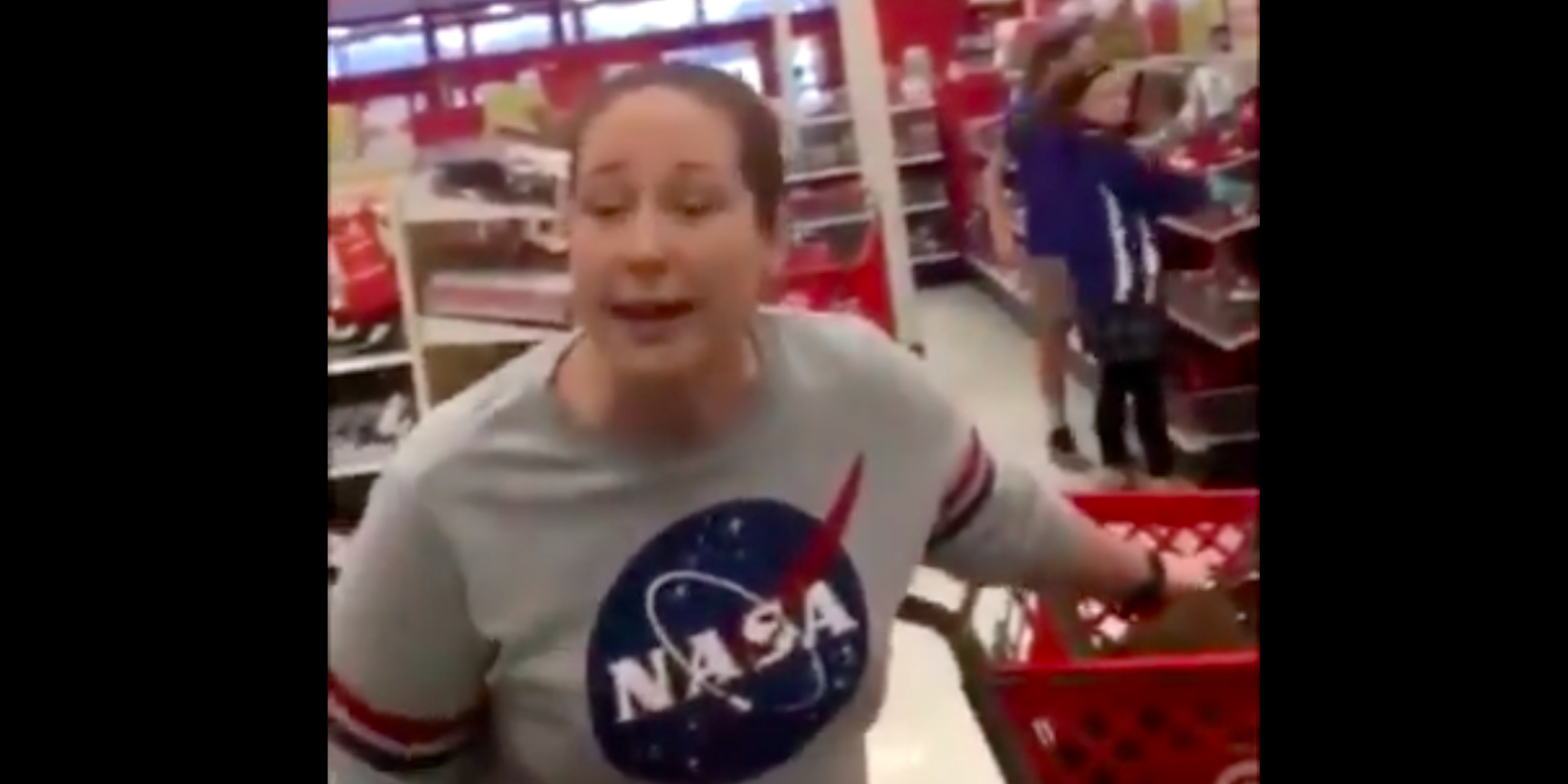 An unfortunate recurring trend of 2018 has seen white women calling the cops or otherwise making a scene about Black people largely minding their own damn business—only to go viral and be ridiculed with a sarcastic nickname. So far we’ve seen BBQ Becky, Pool Patrol Paula, Permit Patty, Cornerstore Caroline, and with just a few weeks left in the year, the newly-dubbed “Target Tammy” is squeaking in just under the wire.

In this instance, a woman (whose name has been withheld for privacy reasons) and her cousin were visiting her best friend in Nashville, Tennessee from out of state, when they stopped by Target to pick up a phone charger. As many of us are wont to do in Target, they were quickly distracted from their mission by a display of hats.

The woman told Yahoo Lifestyle that she suggested her friend try on a hat that looked like something Eartha Kitt’s character would wear in the 1992 film Boomerang, and her friend said no, “because her character had sex with a younger man.”

“You shouldn’t be talking about sex,” she scolded the women.

“We were confused,” one of the women later said. “Then, she came around the corner with her shopping cart and started ranting, ‘You don’t belong here’ and calling our conversation inappropriate.”

The three Black women kept cool heads during the confrontation and attempted to diffuse the situation, but as you can see in a since-deleted Facebook video, below, that only seemed to further enrage Target Tammy.

“You were talking about sex in public. Are you having sex in public? Because that’s what you screamed out loud,” she said, according to the video taken by Facebook user Lena Jones.

Another white woman decided not to mind her own damn business. She intruded on the convo of 3 black women, tried to tell them what they did and didn’t say. Then she insulted and gaslit them, and played victim. As per usual. I hope they catch her in the streets #RacistBeckery pic.twitter.com/98tM6amjq8

One of the women in the group tried to end the argument by telling her friends, “I want us to stop engaging with this woman,” but Target Tammy would not—could not—be disengaged.

“I know you’re trained on lying, you’re trained liars,” she bizarrely added, when one of the women once again tried to explain what had happened. “You’re perfect for the court system.”

In a second video, two Target employees became involved and tried to calm the woman down, to no avail. She was allegedly eventually asked to leave the store by the male employee while the female employee helped the women with their purchase.

“The employees could have easily kicked us all out of the store, but they took the time to listen,” one of the women in the group told Yahoo Lifestyle, expressing that they were appreciative of how the employees handled the situation.

As for Target Tammy, she has yet to be identified or publicly doxxed, for that matter, but the footage speaks for itself and it’s clearly not a good look.