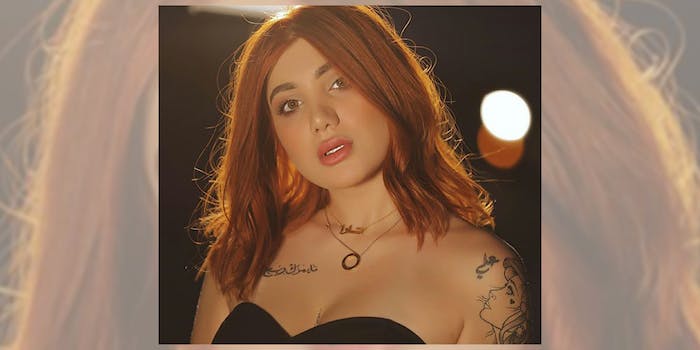 A popular Iraqi Instagram model and former “Miss Baghdad” winner was reportedly shot and killed in Baghdad, sending shockwaves throughout the internet as she leaves behind her 2.7 million followers.

Influencer Tara Fares was shot and killed yesterday after two motorcyclists opened fire on Fares in Baghdad’s Camp Sarah neighborhood, CNN reports. Fares, who was 22 years old, was in a vehicle at the time when the attack happened, and she was taken to Shaikh Zayed Hospital after the attack, where emergency personnel was unable to revive her. She reportedly passed away after she was shot three times, the Independent reports.

Fares was living in Erbil, Iraqi Kurdistan’s capital, which is just over 200 miles north of Baghdad. She would visit the city from time to time. It remains unclear why gunmen opened fire on Fares, and the suspects remain at large.

Fares was voted Mss Baghdad in 2015 and was previously first runner-up to Miss Iraq in 2014. She ran an Instagram account focused on fashion, modeling, and her day-to-day life, and she often posted photos enjoying meals, posing in trendy outfits, and even modeling for photoshoots. Her account has since shared a memorial post written in Arabic.

“We belong to God and to him we return in an accident of treachery and cowardice,” the post stated in Arabic, Insider reports.

Around the world, violence against influencers remains a tragic reality. In late December 2017, YouTuber and Instagram Influencer Juan Luis Lagunas Rosale, better known as “El Pirata de Culiacán,” was shot and killed while he was out with friends in Jalisco, Mexico. He died after facing over a dozen bullet wounds, with investigators suspecting that Mexico’s New Generation cartel was responsible for the attack.