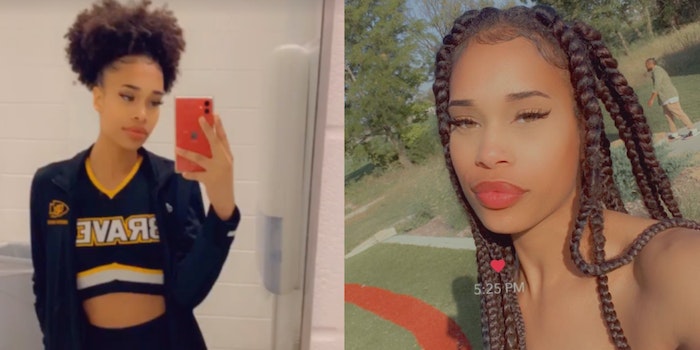 Black cheerleader says she was kicked off squad over her hairstyle

The student claims her coach went on a racist rant about her braids.

A Black Kansas cheerleader says she got kicked off her squad at Ottawa University after her coach said her braids were too long.