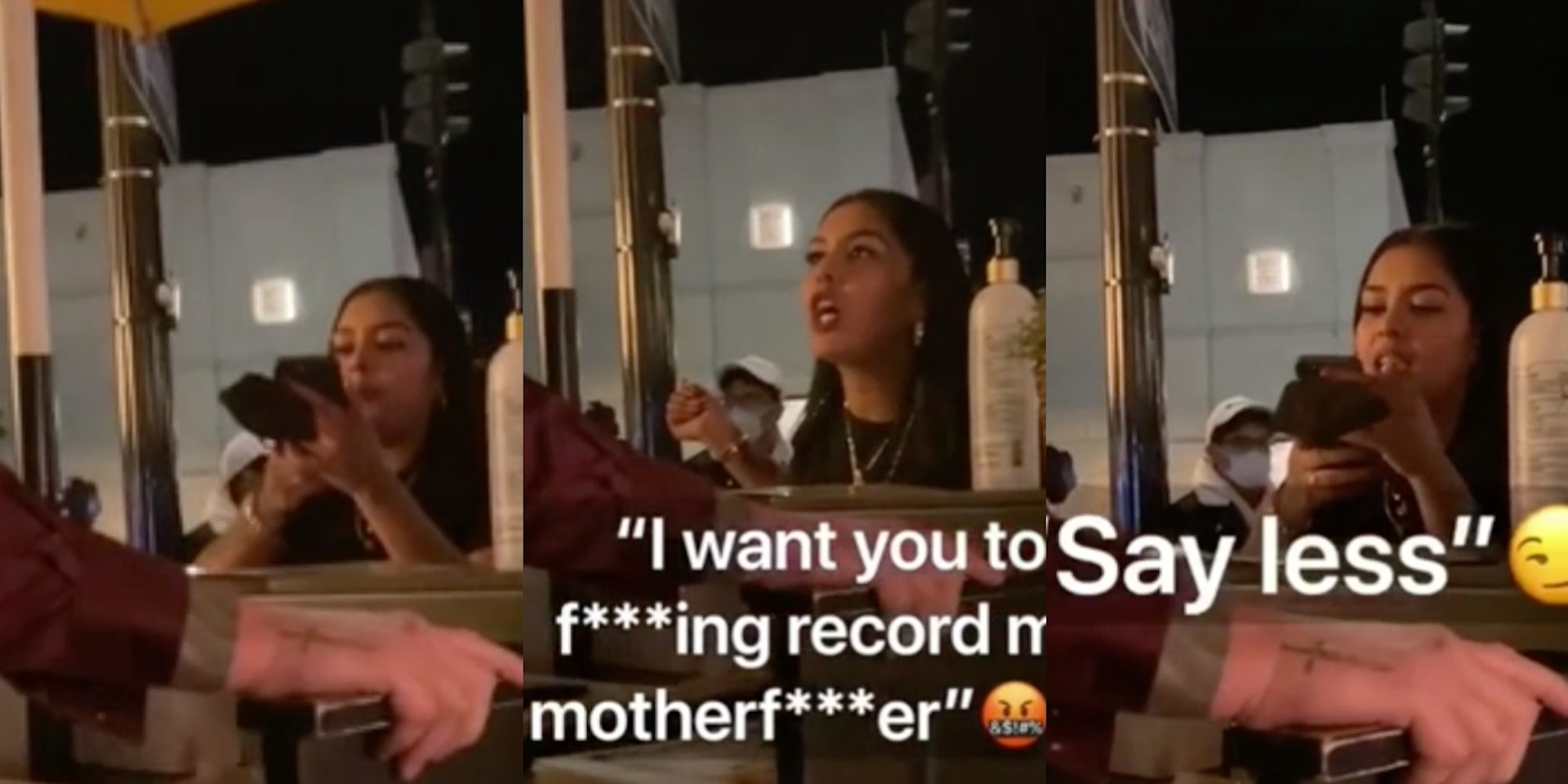 ‘Sugar Factory Karen’ refuses to wear mask, says her brother will come back for revenge

The host kicked her out of the restaurant after she refused to wear a mask.

A video shared on Reddit shows a woman threatening a restaurant host after he refuses to honor her dinner reservation because she won’t wear a mask. Her entitled attitude fits her squarely within the criteria for an anti-masker “Karen.”