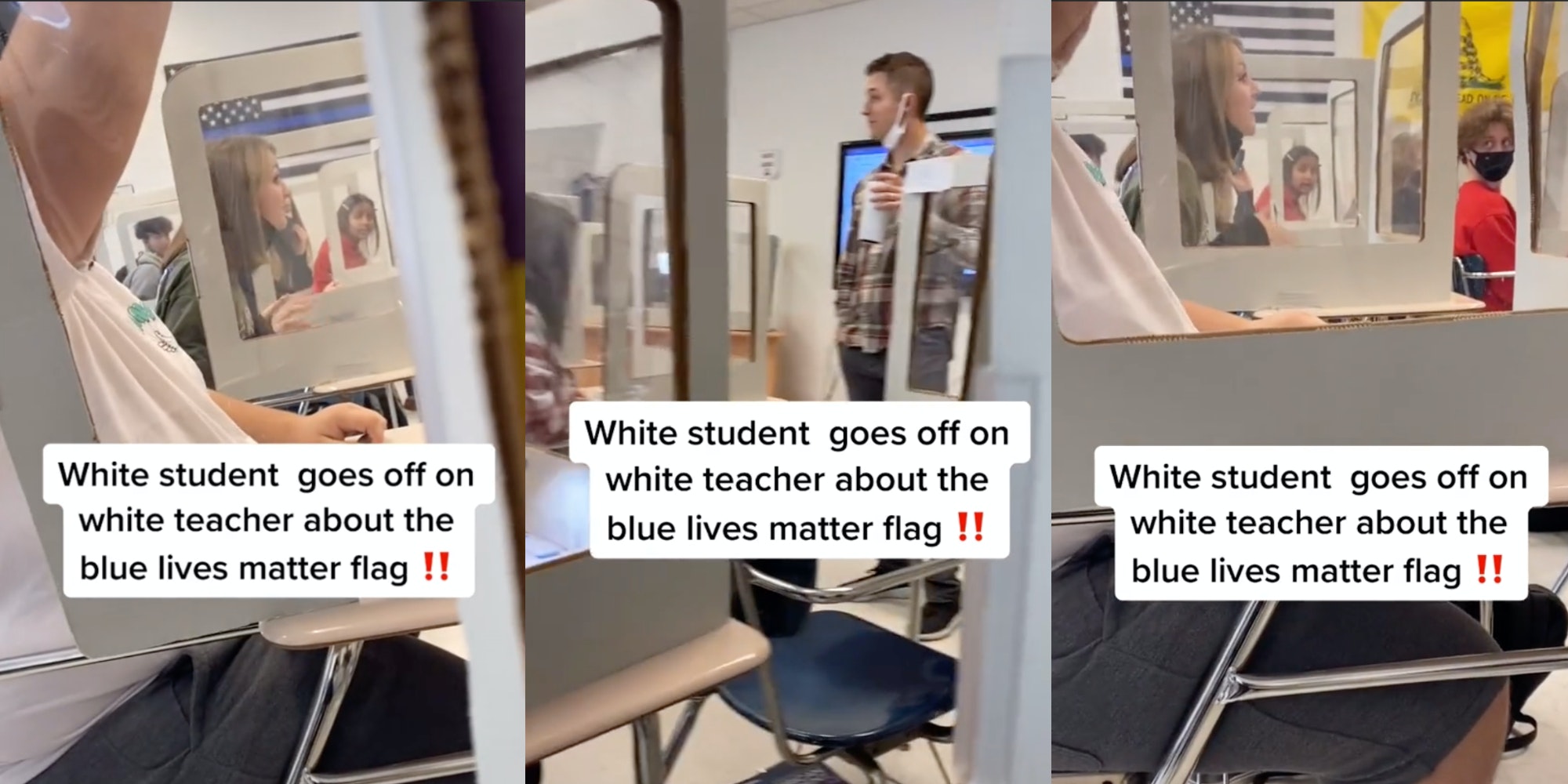 'That is not responsible of you as a teacher.'

A recent viral TikTok shows a student scolding her teacher for displaying a Blue Lives Matter flag in his classroom.