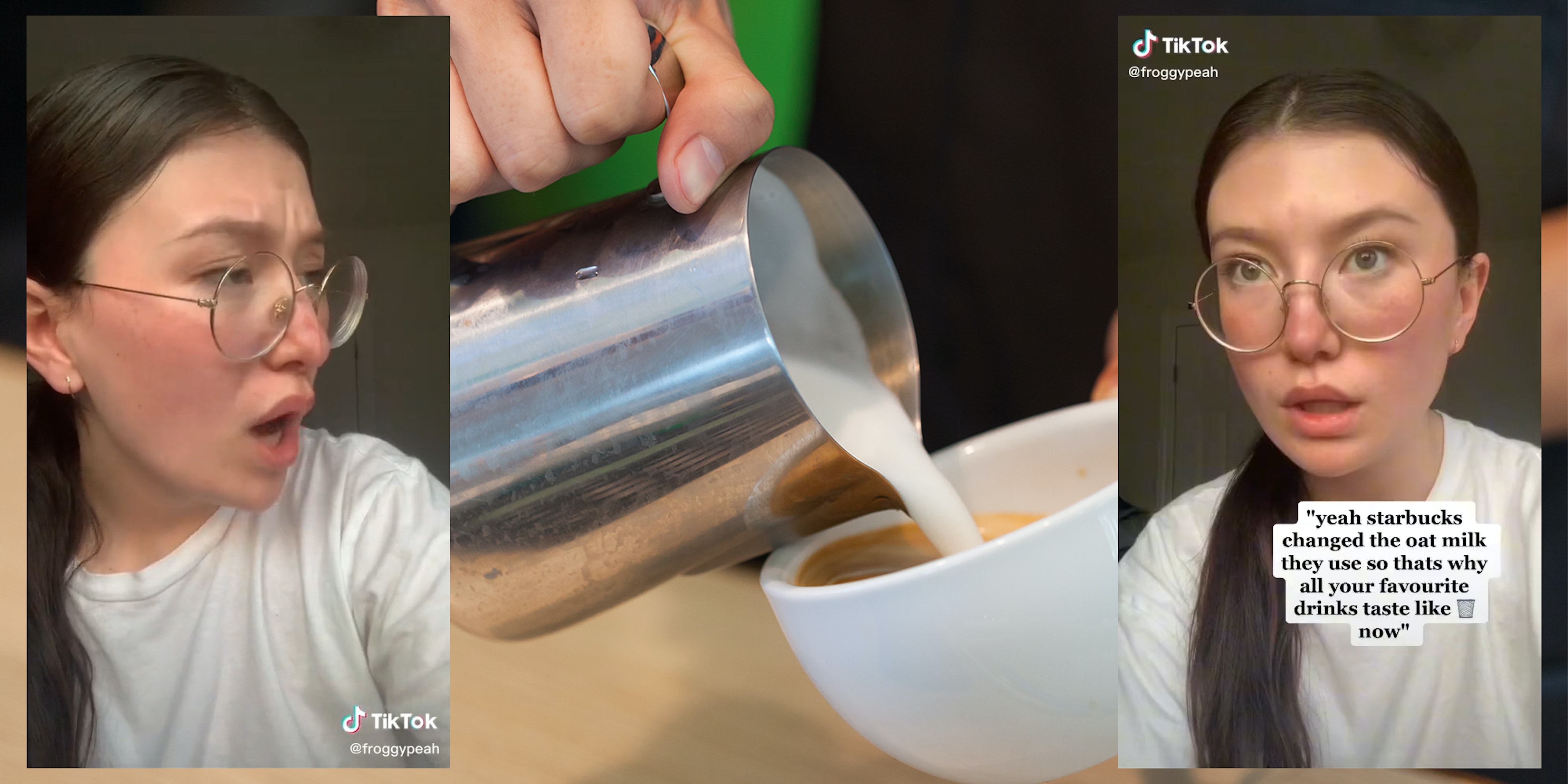 ‘Is that why my coffee tasted like expired cough syrup today?’ TikToker claims Starbucks changed oat milk brands, and commenters are raging

'I'm sad that my fav drink might be ruined.'

Starbucks made people very happy in March 2021 when it announced Oatly oat milk to be a permanent addition to its stores nationwide. However, a viral TikTok claims that the coffee chain changed the oat milk brand, prompting outrage online.

TikToker Leah (@froggypeah), who says she is a barista at a Starbucks in Canada, posted the clip on Sunday. In the TikTok, her text overlay reads: “Yeah starbucks changed the oat milk they use so that’s why all your favorite drinks taste like [trash] now.”

bring bqck barista oat 2022. everybody email corporate pls so that i can enjoy my iced oat lattes again im begging

In the caption, she wrote: “Bring [back] barista oat 2022. Everybody email corporate pls so that i can enjoy my iced oat lattes again im begging.”

It’s unclear if this is totally true or not. In the comments, it seems as if a change occurred in some Canadian and United States locations, but some baristas in California claimed their store still uses Oatly. Others said their store has been using the brands Chobani or Earth’s Own.

Others commented how the change in oat milk does make a difference in their drink.

One user said, “My brown sugar oat shaken espresso was particularly bitter and now i’m sad that my fav drink might be ruined.”

Another TikToker said, “Is that why my coffee tasted like expired cough syrup today?”

A third person called their drink “grainy” and said, “i thought they made it wrong…this makes sense.”

“The amount of drinks I’ve had to remake for people since the change,” another TikToker, who appears to be a barista, wrote.

Starbucks may want to figure out the oat milk situation soon, since oat milk is one of the trendiest non-dairy milks available. In fact, it’s the second most popular non-dairy milk after almond milk.

The Daily Dot has reached out to Leah via TikTok comment and Starbucks via email for comment.