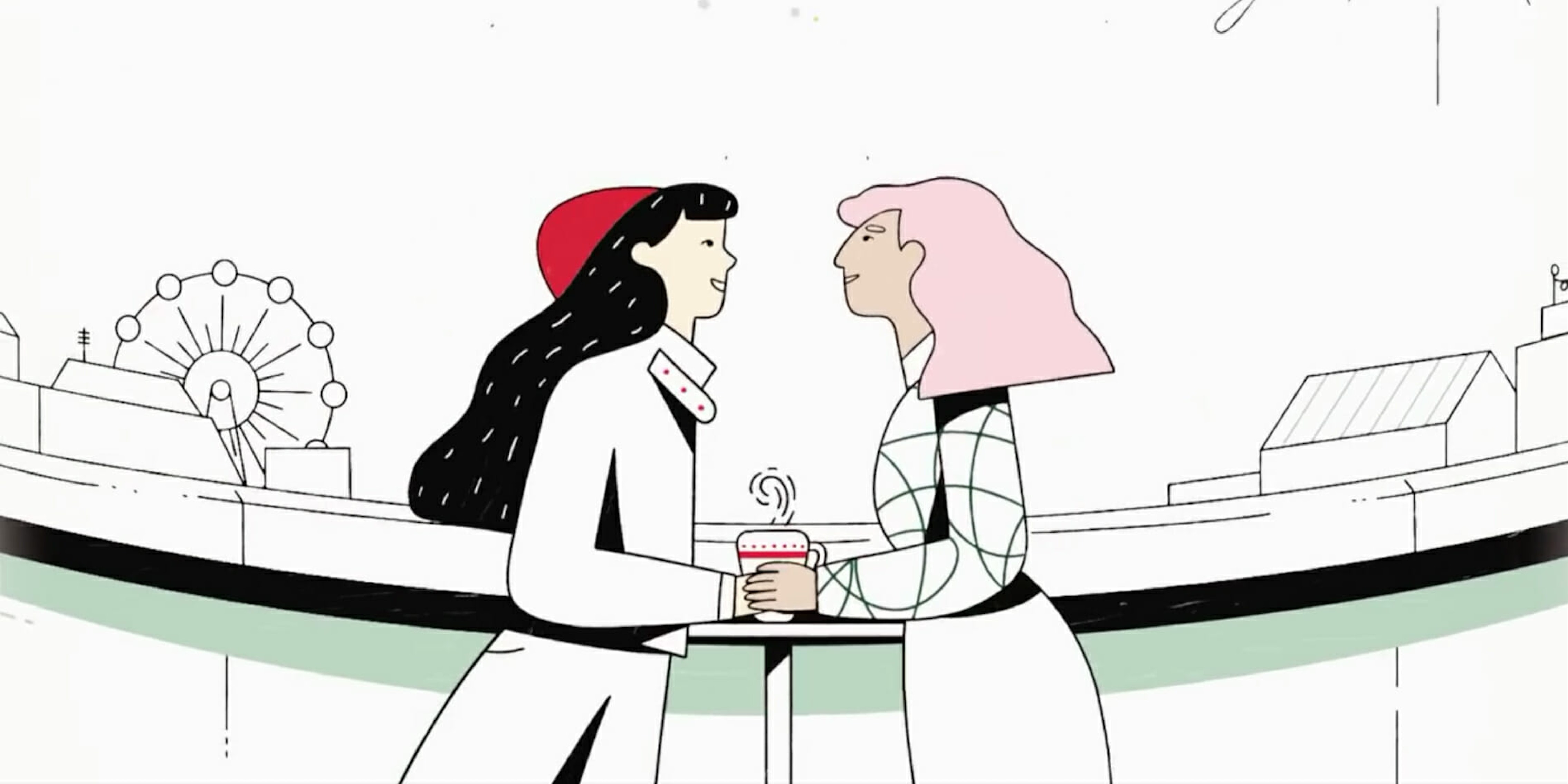 Expect the 'alt-right' to be angered about this, too.

Starbucks isn’t just one of the biggest coffee chains in the U.S., it’s also one of the most progressive. And as the holiday season rapidly approaches, this year’s festive coffee ad includes a nod to the LGBTQ community.

At the end of the 30-second “Give Good” clip, an animated interracial lesbian couple looks up at the sky together and draws closer over a steaming coffee mug. They then hold hands and lean in, as if they’re about to kiss.

“The holidays mean something different to everyone,” the commercial begins, before featuring illustrations of people of many colors, ages, sizes, and sexualities.

The ad helps celebrate the “color-in” designs of this year’s festive cups, in which customers will be given a blank cup in which they can fill in their own artwork.

Suffice to say, Starbucks drinkers around the world are loving the ad, in part because it inclusivity is subtle without being objectifying. In the end, it’s just two queer girls enjoying a winter evening together.

#Starbucks #LGBT #LoveWins #LoveIsLove
Who's up for some coffee? Shout out and a major "Thank you!" to… https://t.co/zVpC3uLDCh

We're loving @Starbucks' new festive ad with a lesbian couple. Can someone draw us a @LadyGaga cup please? https://t.co/HLjTufRFu8

Right-wing Twitter users, however, are already upset over the lesbian couple. Far-right posters have long-criticized the coffee chain for its secular take on the holiday season, blaming Starbucks for the “war on Christmas” supposedly happening across the U.S. So expect a lot of Pepe the Frog avatars to keep getting angry over this Starbucks ad in the coming weeks.

Holiday controversies aside, Trump supporters have also previously boycotted Starbucks by purchasing the company’s coffee and have even tried to deport undocumented Americans through a fake “Dreamer Day” ad.