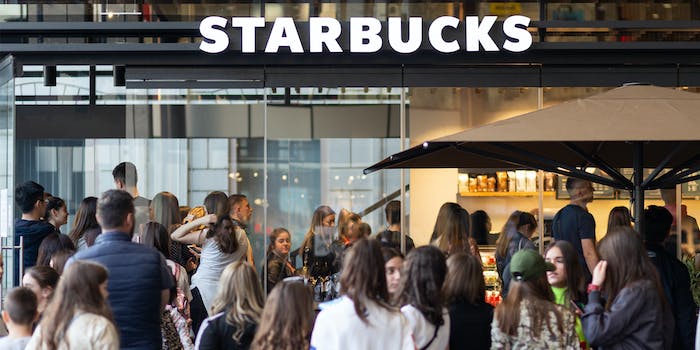 ‘You will literally be harassed by customers over the dumbest sh*t ever’: Former Starbucks barista says she quit after five years because of the customers

'You ordered a drink that doesn’t come mixed by standard... now the barista is a piece of shit because they did their job?'

A customer didn’t get her Starbucks drink mixed the way she wanted, so she took to TikTok to complain about the service.

One former employee stitched the customer’s video in response, saying that demanding customers like her are the reason she was driven to quit Starbucks. Her video has gone viral reaching over 400,000 views.

In her video, TikToker Tiffany (@tiffanycuh) claims, “I quit working at Starbucks after 5 years because all of the customers are just like this one.”

Demanding customers have often pushed restaurant and hospitality workers to quit, and burnout has played a role in some of the union drives at Starbucks locations.

Tiffany explains that the barista for the demanding customer in the stitched video was most likely just doing their job, as she believes based on the appearance of the drink that it wasn’t meant to be mixed.

“You ordered a drink that doesn’t come mixed by standard, got the drink, and now the barista is a piece of shit because they did their job?” she says.

The TikToker adds that any understanding barista would’ve remade the drink if the customer simply asked.

Many commenters were floored at the customer’s outrage and echoed Tiffany’s reasons for quitting.

“Yup I quit after a year because I seriously couldn’t stand the customers. Some of the most entitled ppl ever,” one alleged former barista wrote.

“Do people not realize if they’re actually kind and order nicely exactly how they want it they’ll get it that way? No need to be rude!” another said.

Some pointed out the original customer could’ve simply swirled the drink around herself.

“Literally she could just spin the cup around a few times what,” one viewer noted.

The Daily Dot reached out to Starbucks via email and @tiffanycuh via Instagram direct message.