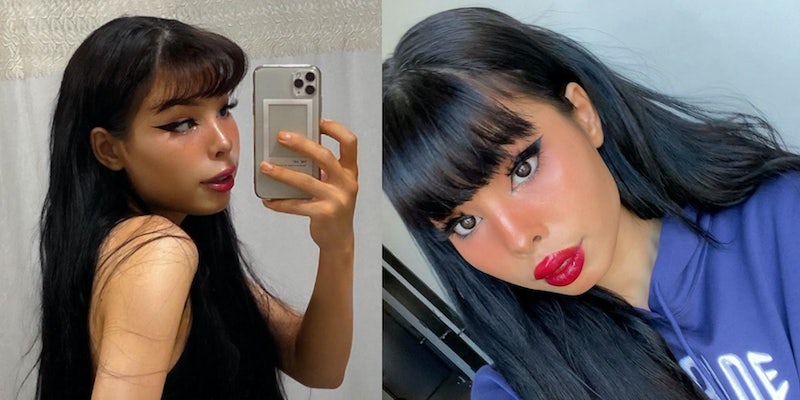 An OnlyFans creator whom trolls tried to shame for her line of work has instead profited off the “free advertising” from their posts.

Sofie Halili, @literallysofie on Twitter, went viral after tweeting about men who feel entitled to sex with women because they “paid for dinner.”

“There were multiple posts going around,” Halili told BuzzFeed News. “Some people thought I was ‘owned’ by these memes. I guess they think seeing someone’s nudes and having sex with them are the same thing?”

Halili called the posts not only “dehumanizing” but factually “incorrect.”

“The joke was like ‘bitch is worth $15,’ which is really dehumanizing and devalues my labor and job,” Halili told BuzzFeed News. “It’s also incorrect. Most of my subscribers are resubscribers, and the money I make on OnlyFans versus the amount of effort and time it actually takes on my part really puts into perspective how far my ‘price’ actually goes.”

At the time of her original tweet, Halili was in the top 1.2% of OnlyFans creators, according to her Twitter page. She says she is now in the top 0.48%.

“The funniest part is how the memes blew up my OnlyFans and I’m making more money than ever,” she said. “My income this month is triple last month’s. … That’s a huge amount of growth. Since it’s all anonymous, I wonder how many people who mocked me publicly also subscribed to me privately.”

“[The surgeries are] really expensive and not covered by insurance,” she said. “It would take me years to earn that much money from an in-real-life job, so something that can get lucrative really fast felt like my only option if I wanted to get surgeries before I was 25.”

But now OnlyFans is a much more lucrative career for Halili. Though the tweet from @sitro was clearly intended to shame her, the posts only benefitted her in the end.

“I think overall, men just have a weird skewed perception of women’s bodies, and they value us based on our perceived ‘purity,'” she said. “It’s a really archaic and misogynistic way to view us. It’s kind of like once a girl sells nudes or does anything related to sex work, she’s ‘tainted’ or ‘impure.’ It’s really gross and I hope they get the help they need.”